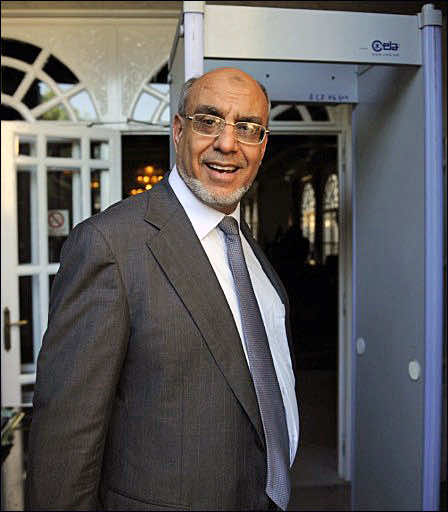 Remarks made by Tunisian Prime Minister Hamadi Jebali earlier this month over a caliphate are continuing to attract attention.

“We are living the sixth righteous Caliphate,” Jebali said November 13th at the municipal theatre in Sousse. The Ennahda Movement secretary-general was addressing a crowd of supporters celebrating the Islamist party’s victory in Tunisia’s Constituent Assembly elections.

However, Jebali later retracted the statement, saying, “I am not an advocate of a caliphate-based state. Rather, I advocate a democratic republic.”

He further explained in a press conference that the debate triggered by his comment was caused by the thorny phrase being pulled out of context, causing confusion about what he really meant.

Jebali had urged Ennahda advocates to build a state of a righteous caliphate, telling supporters, “We are witnessing a historical moment, a divine moment within a new cycle of civilisation in the sixth righteous Caliphate. This is a huge responsibility and the nation has their hopes pinned on us, not to rule, but to serve them.”

Seeking to contain the political row, Jebali said in a statement that Ennahda supports “the democratic republic option, whose legitimacy is derived from the people, through free and impartial elections that respect all freedoms, rights and peaceful rotation of power”.

Jebali explained that Ennahda will promote those goals “as a definite choice in the coming constitution, in response to the ideals of the revolution and the aspirations of the Tunisian people who are yearning for a pluralistic, civilian and democratic society”.

Jebali’s November 13th speech was directed only at supporters and was “no political speech, nor a speech by a political leader”, according to Samir Dilou, an Ennahda executive office member responsible for the party’s foreign relations.

“The Movement does not regard the caliphate system as one of the basics of Islam. Rather, Ennahda is committed to building a civilian state and a modern republic,” Dilou added. B

ut the Ennahda explanation has not silenced critics. Mohsen Marzouk, secretary-general of the Arab Democratic Institution, said that “Hamadi Jebali must be held accountable for everything he says”. He added that “such statements have negative repercussions on society at this sensitive juncture”.

Naoufel Zaatour, an activist with the Tunisian Workers’ Communist Party (PCOT), had similar concerns. “An observer of the addresses of Ennahda Movement can see it all clearly. The mask keeps falling off every time and their true Salafist colours show. But under the pressure of the political scene, they pick up the mask again to cover their true intentions,” Zaatour said.

Journalist Bouthaina Kermani told Magharebia that while she did not defend Ennahda, people “should stop picking mistakes for each other and ambushing one another”.

“This only kindles the flames of sedition. For God’s sake, put aside those useless arguments. There are far more urgent and important issues than the caliphate,” she said. “We ought to stop passing judgments on one another’s intentions and slips of tongue.”

“The pursuit of building a caliphate is a legitimate one. Everyone should share that same goal so as to unite the Muslim discourse,” the Salafist party spokesman added.

On the other hand, Abdlatif Abidi, a member of the political bureau of Ettakatol, said that his party was “committed to the republic-based system”. Abidi added that Ettakatol, a member of the ruling coalition, would adamantly stand in the face of any attempt to jeopardize the gains secured by the revolution.

Voter Mohamed Sgaier told Magharebia that he cast his ballot for Ennahda “based on a clear program, which is a parliament-based state”.

“I did not vote for them so they would lay down the foundations of a caliphate or any other system. I am starting to get worried by the statements of Ennahda leading figures. I have a feeling I made the wrong choice,” he said.