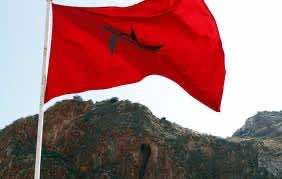 Moroccans are voting today in an election that the king promised would be followed by a shift of some royal powers to an elected premier for the first time.

Among 32 parties competing for seats in the 395-member Chamber of Representatives is Prime Minister Abbas el-Fassi’s Istiqlal, which won the last election in 2007 and has participated in every government since independence was gained in 1956 with the end of French and Spanish protectorates. The party says that maintaining economic growth of about 5 percent and inflation of about 2 percent are among its chief aims.

The Justice and Development Party, or PJD, which came second in 2007, is also seeking seats. The Islamist group led by Abdelilah Benkirane pledges to create about 240,000 jobs and ban the media from “objectifying” women’s bodies. Like the other major parties, it is nationalist and pro-monarchy. Also on the ballot is the newly created Alliance for Democracy, a bloc of eight parties led by Finance Minister Salah Eddine Mezouar that has vowed to cut corporate taxes to 25 percent from 30 percent.

The vote is seen as a test of King Mohammed VI’s commitment to follow through on constitutional changes initiated this year amid pro-democracy demonstrations calling for a reduction in the monarch’s powers. Turnout among the 13.6 million registered voters will be watched as an indication of public enthusiasm for those reforms. In 2007, a below-average 37 percent went to the polls. The results may be announced as early as tomorrow.

While the shift of power to an elected government makes this election important for Morocco and the region, in light of the Arab world’s push for democracy, Moroccan voters remain apathetic because only the PJD has a clear ideology, said Abdellah Tourabi, a researcher at the Paris Institute of Political Studies who specializes in Islamic movements in Morocco.

“I doubt the turnout will be over 40 percent,” Tourabi said late yesterday by phone. “People don’t see any difference between the parties. Voting for left or right comes down to the same thing in a country where only the king is trusted and who in reality controls the country.”

Today’s balloting, originally scheduled for September 2012, was moved forward in response to the protests that began in February. While pushing Morocco toward change more quickly, the demonstrations haven’t reached the scale of the movements that toppled governments in Egypt, Tunisia and Libya.

In response to the unrest, a new constitution was drafted on the king’s orders and approved by voters in a July 1 referendum. It provides for the naming of a prime minister from the party that comes first in the vote, rather than leaving the appointment to the king’s decision. It also gives the premier the right to dissolve parliament and cedes to lawmakers the right to grant amnesty to prisoners.

While many demonstrators backed the constitution, some said it doesn’t go far enough in shifting power away from the king, who appointed the members of the panel that drafted it. The monarch remains the country’s military, secular and religious leader.

The so-called February 20 youth movement has said it will boycott the election. Its members still take to the streets every Sunday, calling for a parliamentary monarchy and punishment of officials accused of corruption.

Morocco’s sound macroeconomic policies, put in place over the past decade, and political reforms mean it is well placed to respond to the unrest, the International Monetary Fund said in July. Inflation is under control, credit continues to grow, and non-agricultural gross domestic product may reach 6 percent this year, the IMF said. The main challenge is achieving a GDP rate that will help reduce unemployment, which was at 9 percent and hitting the young, women and graduates hardest, it said.

Polling stations are open from 8 a.m. under 7 p.m. local time.

To contact the reporters on this story: Aida Alami in Rabat, Morocco, at [email protected].