New York - Today eligible Moroccan voters are set to vote in early legislative elections. This election stands to be historic for a myriad of factors. It is the first election against the backdrop of the newly reformed constitution and it will be held at a critical juncture for not only Morocco but also other Arab countries. These elections take place at a watershed moment in recent Arab history marked by the spirit of pro-democracy movements. 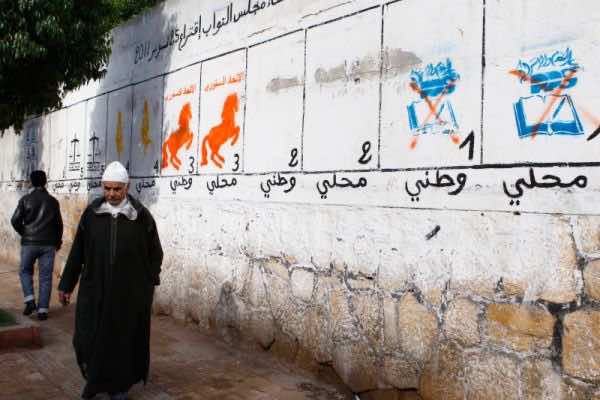 By
Adnane Bennis
-
Adnane Bennis is a national of Morocco, obtained his Bachelor’s Degree in Computer and Information Science from East west University in Chicago.
Nov 25, 2011
Spread the love

New York – Today eligible Moroccan voters are set to vote in early legislative elections. This election stands to be historic for a myriad of factors. It is the first election against the backdrop of the newly reformed constitution and it will be held at a critical juncture for not only Morocco but also other Arab countries. These elections take place at a watershed moment in recent Arab history marked by the spirit of pro-democracy movements.

Yet this historic challenge does not make everyone in Morocco happy, nor does it convince Moroccans of all walks of life that today’s elections constitute the start of a new era in the country’s history. Components of the 20 February movement and some radical leftist parties have been campaigning for a boycott, basing their claims on the premise that these elections “will be similar to the 11 others that Morocco witnessed since its independence.”

It is clear that the reformed constitution fell short from addressing all demands and aspirations of the 20 February movement and of other Moroccans at large. It goes also without saying that Morocco suffers from the existence of political system that is riddled with corruption and is based on nepotism, and familial and business affiliations.

It is also understandable to feel skepticism and doubt regarding the effectiveness of the ballot box in solving dire economic and social problems of a large proportion of the Moroccan people.

However, what is entirely vague and suspicious is the logic behind boycotting, urging and soliciting others to abstain from discharging a national duty. To me, this is political immaturity. This represents confusion, a distorted comprehension of democracy and a shortsighted vision of the future, with possibly ominous repercussions.

The primary misjudgment that many people tend to make is to think that elections means and equals democracy. No one would quibble about considering a country democratic unless free and transparent elections are held. However, democracy is beyond setting a date for voting. It entails free press, free judiciary, the rule of law, freedom of expression, a meaningful opposition, strong political parties, and a practical constitution, among other prerequisites.

In this regard, the November 25 elections are but a first leg in the transition towards what all Moroccans crave for: a free and prosperous society. In fact, elections are an instrument to pave the way to a new era in Morocco’s political life.

The experience of other countries that transitioned to democracy shows that the goal of building a democratic, forward-looking and free political system does not happen overnight. Take for example the case of our immediate northern neighbor, Spain, whose democracy is held as a model of a successful transition towards democracy.

Many people who talk about change in Morocco forget that democracy in Spain only started to really take hold in the country in 1982, seven years after the enthronement of Juan Carlos and 4 years after the adoption of the first democratic constitution in the country. During the period that elapsed between the death of Franco and the elections that placed the PSOE at the helm of Spain’s political life, there were countless attempts by those who opposed the change to thwart the efforts of the Spanish people to break with its dark past and build a brighter future.

Morocco will not be an exception in this regard. As long as there is a strong will from the bulk of the Moroccan people to move the country towards a more democratic and just system that protects the interests of all the components of society, those who have vested interests in the maintenance of the status quo will be lurking and will do whatever they can to prevent Morocco from breaking with its past.

Those who claim to be fighting for the interests of the Moroccan people and struggling to lay the foundations of democracy in Morocco, while at the same time call on people to boycott today’s elections are, in fact, helping  those who are corrupt and who have squandered Morocco’s potential over the past 50 years to cling to their seats.

By not voting, they lower the chances of untested and more honest people being elected, while they increase the chances of the corrupted to remain where they are; for the latter have their clients who will surely vote for them. When you do not exercise your constitutional duty, you deprive honest candidates who are not willing to bribe people from your vote and you allow those who buy people’s vote to easily get elected.

Nidal S. Chebbak who is vice president of the Moroccan Association of Friends of English explained her belief that voting can be decisive in bringing about change, saying that “there are some candidates whom I don’t want to see in the parliament at all, because they are completely incompetent and they don’t represent anyone but their own corrupt interests.”

She went on to say, “The only way to stand in their way is to vote against them and give the chance to new faces to either prove themselves as competent or the contrary. We hope for the best for our beloved Morocco.”

One cannot claim that they are an activist only by taking to the street, repeating slogans and yelling for change. Change is not only through words uttered, leaflets distributed or demonstrations organized. It involves a strong belief within one’s heart to break away with bad practices, poor judgments, stubbornness, destructive criticism and ideological calculations.

How can we change society if we do not change our behavior? What would be the alternative to the path that Morocco has chosen for attaining democracy? Do we really need to disintegrate into chaos in order to think that we have eliminated corruption and incompetent governance? Why do some people seem infatuated with the culture of pessimism, negativity and nihilism?

The boycott of elections represents political suicide on the part of the February 20 Movement and has increasingly hurt their credibility. The moment they cease to exercise their duty to vote on who should lead the country, will be the moment when they should not complain about the potential for perpetual corruption should the same faces win the elections.

Abdessalam Elferrane who is founder and president of Silverline Office Systems in New York told me that “to be against something is much easier than to be for something. This is a rookie mistake made by the people who want to boycott the election.” “It is funny how the government is encouraging voting while the protesters are doing the opposite. I wish they can see how they are hurting their own message and helping the people they are complaining about control the political landscape. What a shame?,” he added

As far as the other radical parties, the United Socialist Party (PSU), the Democratic Socialist Vanguard Party (PADS) and The Democratic Way (Voix Démocratique), it is not new to hear that they will boycott elections and every forthcoming one, for the simple reason that they usually fail to attract the masses and they have chosen a path of radicalism.

The fact that they have a rich history of not participating in elections shows a huge structural chasm within their organizing committees; these issues contributed to their total isolation not only from the day to day lives of citizens, but also from political participation. Their lack of confidence about their prospects and possible political humiliation in case they obtain no seats can be seen as strong motivation for their decision to boycott the elections.

Let’s hope that the chronic corrupted politics of Morocco starts to come to an end with this election, not only by choosing new faces, but also by voting for competence, honesty and a viable political program that can move this country forward.