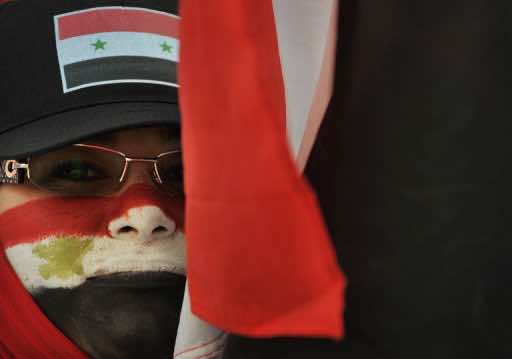 Syria faces a Friday deadline to sign an Arab deal allowing monitors into the country or incur sanctions over its crackdown on protests including halting flights, curbing trade and stopping deals with the central bank.

Arab foreign ministers warned in Cairo that unless Syria agreed to let the monitors in to assess progress of an Arab League plan to end eight months of bloodshed, officials would consider imposing sanctions on Saturday.

Under a November 2 Arab League initiative, Syria agreed to withdraw troops from urban centers, release political prisoners, start a dialogue with the opposition and allow monitors and international media into the country.

Since then hundreds of people, including civilians, security forces and army deserters, have been killed as the unrest which the United Nations says has claimed at least 3,500 lives since March continued unabated.

The Syrian Observatory for Human Rights, a British-based opposition group, said at least 47 people were killed in Syria on Thursday, including 16 soldiers and 17 army deserters, mostly around the rebellious city of Homs and near the town of Rastan to the north.

The violence has prompted former ally Turkey to bluntly tell President Bashar al-Assad to step down and led France to propose “humanitarian corridors” in Syria to help transport medicines or other supplies to civilians in need.

French Foreign Minister Alain Juppe said he would discuss the idea with the Arab League but a source at the 22-member body said the proposal was not brought up at the Cairo meeting.

“In the case that Syria does not sign the protocol … or that it later violates the commitments that it entails, and does not stop the killing or does not release the detainees … (Arab League officials) will meet on Saturday to consider sanctions on Syria,” the Arab ministers said in a statement.

They could also decide to stop commercial trade with the Syrian government “with the exception of strategic commodities so as not to impact the Syrian people,” the statement said.

Syria’s economy is already reeling from the eight months of unrest, aggravated by U.S. and European sanctions on oil exports and several state businesses.

After months in which the international community has seemed determined to avoid direct entanglement in a core Middle East country, the diplomatic consensus seems to be changing.

The Arab League suspended Syria’s membership two weeks ago, while this week the prime minister of neighboring Turkey – a NATO member with the military wherewithal to mount a cross-border operation – told Assad to quit and said he should be mindful of the fate of fallen dictators such as Adolf Hitler, Benito Mussolini and Libya’s deposed leader Muammar Gaddafi.

France became the first major power to seek international intervention in Syria when it called for “humanitarian corridors” in Syria to alleviate civilian suffering.

A Western diplomatic source said the French plan, with or without approval from Damascus, could link Syrian civilian centers to the frontiers of Turkey and Lebanon, to the Mediterranean coast or to an airport.

Its aim would enable transport of humanitarian supplies or medicines to a population that is suffering.

Juppe insisted the plan fell short of a military intervention, but acknowledged that humanitarian convoys would need armed protection.

“There are two possible ways: That the international community, Arab League and the United Nations can get the regime to allow these humanitarian corridors,” he told French radio. “But if that isn’t the case we’d have to look at other solutions … with international observers.”

Asked if humanitarian convoys would need military protection, he said: “Of course… by international observers, but there is no question of military intervention in Syria.”

State media have reported the funerals of 34 soldiers and police in the last four days. Since the outbreak of the uprising officials have blamed armed groups for the violence and say 1,100 members of the security forces have been killed.

“The Syrian crisis may or may not have entered its final phase, but it undoubtedly has entered its most dangerous one to date,” the International Crisis Group said.

“Many in Syria and abroad are now banking on the regime’s imminent collapse and wagering that all then will be for the better. That is a luxury and optimism they cannot afford.”

Washington repeated an appeal on Wednesday for U.S. citizens to leave Syria: “The U.S. Embassy continues to urge U.S. citizens in Syria to depart immediately while commercial transportation is available,” the embassy said on its website.

Assad, 46, seems prepared to fight it out, playing on fears of a sectarian war if Syria’s complex ethno-sectarian mosaic shatters and relying on support of senior officials and the military to suppress the protests, inspired by Arab uprisings which toppled the leaders of Tunisia, Egypt, Libya and Yemen.

However many experts say Assad, who can depend mainly on the loyalty of two elite units dominated by his Alawite minority community, cannot maintain current military operations without cracks emerging in the mainly Sunni Muslim army.