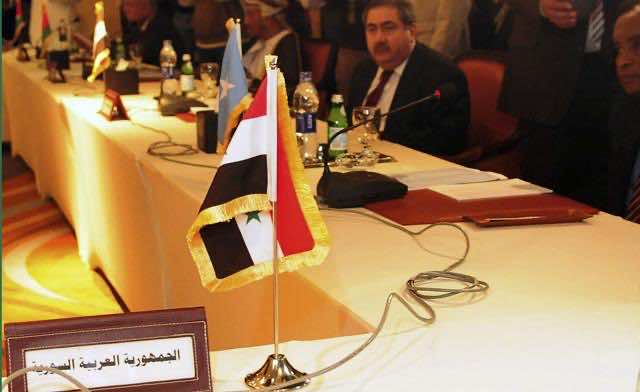 Arab League ultimatum given to Syria to agree to an observer mission or avoid crippling sanctions passed on Friday without a response from Damascus, A League source said, according to AFP.

“Until now, there has been no response from the Syrian government,” the source said after the 1 pm (1100 GMT) deadline.

Turkish foreign minister earlier said the deadline was a last chance the Syrian regime had to solve the crisis.

“It is a last chance, a new chance for Syria,” Ahmet Davutoglu told reporters in Istanbul in the final hours before the midday (1100 GMT) deadline.

On Thursday, the Arab League has given Syria a day to sign a protocol allowing monitors into the country or the regional body will press ahead with plans to impose economic sanctions.
Russia, a traditional ally to Syria, had said on Friday that it opposed pressure and sanctions and wanted to see a renewal of political dialogue.

“At this stage, what we need is not resolutions, sanctions or pressure, but inter-Syrian dialogue,” foreign ministry spokesman Alexander Lukashevich told a televised press briefing.

Lukashevich also spoke cautiously about the French proposal for “humanitarian corridors” to alleviate suffering. “I think we will return to this question when more clarity emerges about what specifically is being discussed,” he said.

France became the first major power to seek international intervention when it called this week for “humanitarian corridors” to alleviate civilian suffering.

Russia urged China and other partners in the BRICS group of emerging economies to start talks with the opposition and warned against foreign intervention without U.N. backing,

In a carefully worded statement after consultations on Thursday in Moscow, the five nations did not mention the Arab League threat to introduce sanctions over Syria’s crackdown on protests if Damascus does not sign a deal to let monitors in.

They “underscored that the only acceptable scenario for resolving the internal crisis in Syria is the immediate start of peaceful talks with the participation of all sides, as the Arab League initiative says,” the Foreign Ministry statement said.

“Any external intervention that does not correspond with the United Nations Charter must be ruled out.”

Russia has close ties to Syria, which has been a big buyer of Russian weapons and hosts a Russian naval maintenance facility on the Mediterranean, a rare outpost abroad for the Russian military.

But Moscow has been increasingly isolated in its support for Assad. It has urged his government to implement reforms faster, but has rejected pressure from Syrian opposition groups to call for his resignation and has accused Western nations of trying to set the stage for armed intervention.

The United Nations says 3,500 people have been killed in Syria since March in clashes between the authorities and pro-democracy protesters.