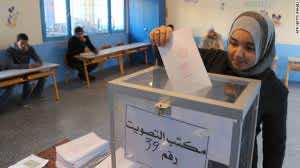 Voters are influenced by the context of an election, its issues and its protagonists. With the reforms being the focus of abstentionist youth in Morocco, insidious enough to give the impression of the persistence of a general disdain of politics, it is of useful analytical value to give less weighing to such a claim, which is premised by assumptions that are to be taken with caution. Two remarks are revealing in this sense.

First, it is problematic to hold that a low voter turnout in the today’s legislative elections would diminish the value of the reforms launched by King Mohammed VI, following the spark of Arab revolutions. Keep in mind that abstentionism is an ubiquitous ‘fashion’ not uniquely associated with Morocco and the Arab world.

There is a global reach of voter abstention regardless of the type of election in many European countries. The spread of the phenomenon is helping to redefine the terms of political participation and the attributes of modern citizenship. If the systematic withdrawal from electoral participation appears relatively stable, there is however a significant increase in an intermittent perception of the act of voting. The alternation between voting and not-voting is increasingly the rule, and often times, it is being exploited for political purposes.

From an attitudinal questionnaire constructed for this purpose, and a numeric indicator of voting behavior offered randomly to 139 young (18 to 29) in Casablanca and Rabat, where the Movement of the 20 February is the most active, statistical treatment showed that the incidence of youth attitudes on their voting behavior is very modest:

– Only those who are categorically skeptical about politics declared their intention to abstain, more than those who do not have that specific image.

– The younger the subjects are or having a political affiliation, the less they opt for abstention and this does not prevent them from maintaining an ambivalent idea about the political sphere.

On that ground, it should be contended that the determinants of voting among the youth in Morocco, at least in urban zones, are to be looked at using variables much larger than just attitudes toward politics. Moroccan youth going to the polls today might do so not by adherence to policy choices and programs, but may be, to sanction “pre-Arab spring” governments and remove the spectrum of immobility from public life.