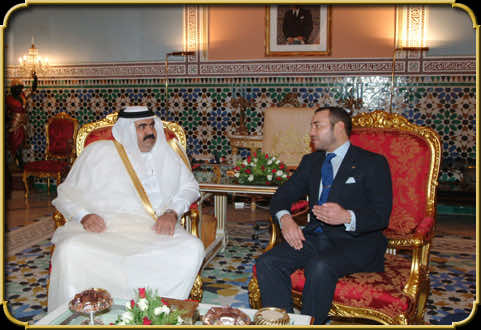 With the signing of a partnership agreement, on Thursday in Rabat, between the Moroccan Fund for Tourism Development and sovereign investment funds of Qatar, Abu Dhabi and Kuwait, Morocco reaps the benefits of the reforms and diplomacy of King Mohammed VI, underscored Fox News Channel.

“The new constitution, approved last July by referendum, introduces important reforms reinforcing the independence of the judicial system and transparency in business,” the channel said.

King Mohammed VI plays a key role in regional and international affairs, said the US TV Channel, citing as an instance the king’s chairmanship of the Al-Quds Committee and his efforts to help the Libyan people regain freedom and dignity after decades if tyrannical rule.

“These reforms and Morocco’s efficient diplomacy make the North African monarchy a real exception in a region entangled in a web of instability and uncertainty,” the New York-based news channel went on to say.