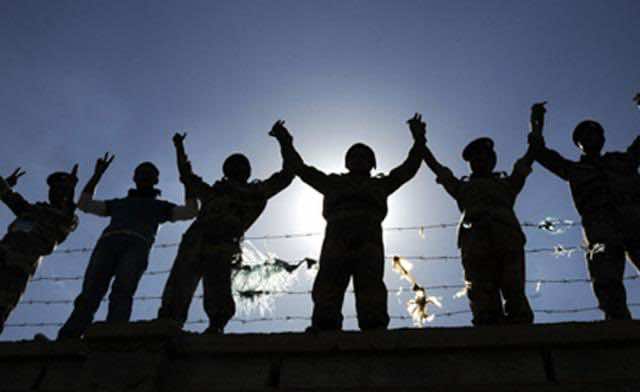 Yemen’s opposition parties have nominated the head of their coalition to lead the first government after veteran President Ali Abdullah Saleh agreed to quit in 90 days, a spokesman said Saturday.

“His name will be presented today (Saturday) to Vice President Abdrabuh Mansur Hadi” who is now the executive president according to the Gulf-brokered deal signed Wednesday, he said.

Saleh signed the exit agreement in Riyadh after months of dodging domestic and international pressure to step down after 33 years in office.

According to the Gulf- and U.N.-sponsored roadmap, Saleh hands to Hadi “all powers necessary for proceeding with the Gulf initiative and its implementation mechanism and for organizing early elections within a 90-day period which begins immediately after the signing.”

Saleh remains as an honorary president during this period, while the opposition puts forward a candidate to head a national unity government.

Saleh on Friday, however, appeared to continue to perform his role, ordering from Riyadh investigations into the shooting on protests in Sanaa by loyalist gunmen — in what was seen as a breach of the deal.

“We give President Saleh two days to stop those acts that are in violation of the agreement. In this transition period, the country is to be run according to the Gulf plan and its execution mechanism,” said Qahtan.

Basindawa who was chosen to head the “National Council for the Forces of the Peaceful Revolution” after it was formed in August, served in governments under Saleh several times, including as a foreign minister.

Born in Aden, the capital of former South Yemen, Basindawa quit Saleh’s General People’s Congress some 10 years ago, becoming an opponent but without joining an opposition party.

Meanwhile, demonstrators in the capital’s Change Square, the focal point of anti-Saleh protests that broke out in January, are due to hold a new rally Saturday afternoon.

The protesters reject the deal that gives Saleh immunity against prosecution, and are demanding that he be tried.

On Friday, heavy fighting between rival army units shook the Yemeni capital, killing two soldiers in what could signal the start of a power struggle.

The clashes pitted Central Security forces commanded by Saleh’s nephew, Col. Yehia Saleh, against troops from the First Armored Division, headed by Gen. Ali Mohsen al-Ahmar, who defected and joined the protesters in March. The crackle of automatic weapons and the heavy thud of mortars echoed across the city.

One soldier from each side was killed before the fighting stopped around dawn, a security official said on condition of anonymity because he was not authorized to brief the media.

The two units have clashed in the past, but Friday’s fighting was the first showdown since Saleh signed a U.S.-backed proposal Wednesday in the Saudi capital Riyadh.

And in Sana’a, mourners carried aloft the coffins of five protesters killed Thursday through the capital’s main protest camp.

Fuad al-Hameeri, an imam, captured the spirit of the crowd, warning Saleh in an address to the protesters that “the blood of the martyrs that pushed you from power is the same that will put you in prison and push you into court.”

Human Rights Watch accused Yemeni forces Friday of committing war crimes by indiscriminately shelling civilians areas including a hospital and a central square in the city of Taiz, a hotbed anti-Saleh sentiment where armed tribesmen who support the protesters have engaged in fierce battles with government troops.

The New York-based group said the shelling caused most, if not all, of the 35 civilian deaths in the city since late October. It also said opposition fighters fought from densely populated areas,

Human Rights Watch called on the U.N. Security Council to impose a travel ban on Saleh and not respect the parts of the Gulf deal that protect him from standing trial.