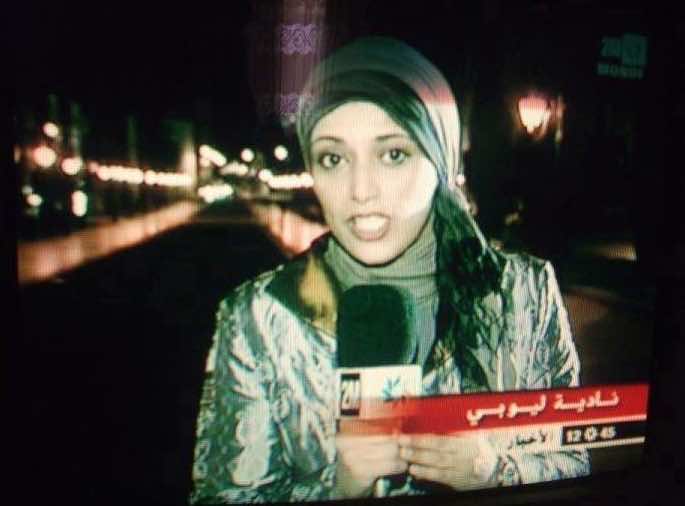 The day after legislative elections in Morocco, Moroccans were awaiting the results in front of Moroccan channel 2M when an unusual and unprecedented scene captured their attention: Moroccan journalist and news reporter Nadia Lyoubi reporting on the election tallies while wearing her hijab. This is an unusual scene as the policy of Moroccan channels is to not allow female anchors and news reporters to appear on the screen with their hijabs.

This has long been a controversial issue which has generated much debate since Morocco is an Islamic country and therefore the policy doesn’t pertain to the socio-religious nature of Moroccan society.

Moroccans’ reactions to Nadia Lyoubi’s appearance on the national channel 2M twice to cover the legislative election results varied, from most encouraging this small change in the policy of the channel and others who saw it as an “Islamization of the Moroccan media” to be viewed as some sort of threat.

Pictures of Nadia Lyoubi on 2M channel quickly spread all over social media networks where most Moroccan internet users attributed this change to the huge success of the Islamist PJD in the legislative elections, whose representatives have raised the issue of the veil and the Moroccan media on several occasions.