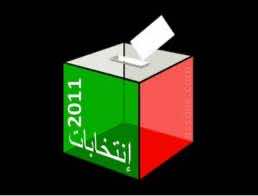 The parliamentary elections, held on Friday in Morocco, are an “important step” in the ongoing process of democratic reform in Morocco, said the European Union (EU).

The two European officials welcomed the fact that the polls “took place in a calm and peaceful atmosphere with an increased voter turn-out and on the basis of an improved electoral framework following recent constitutional reforms.”

The statement added that the newly elected Parliament and future government should face the important challenge of taking forward political, economic and social reforms.

“We continue to encourage the swift and effective implementation of these comprehensive reforms,” said Ashton and Füle.

For its part, the French Foreign Ministry hailed, on Saturday, Morocco for holding legislative elections that met democratic standards and which built on the already launched reforms.

France backs Morocco’s reforms and looks forward to the formation of a future government under the new constitution, the French Foreign Ministry said in a statement.

Paris underscored that democratic standards were observed during the electoral campaign.

Voter turnout in Friday’s parliamentary elections stood at 45.4%,a rate higher than the one reported in the 2007 elections.