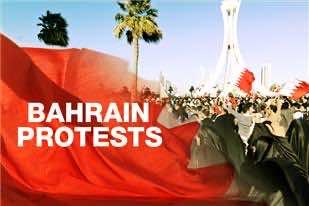 King Hamad announces national commission to “follow up and implement” policy after BICI report on crackdown on protests.

Bahrian’s king has formally set up a national commission to “follow up and implement” the report published last week by the Bahrain Independent Commission of Inquiry (BICI), which includes recommendations to adjust legislation, according to the country’s state media.

King Hamad bin Isa Al Khalifa issued a royal order on Saturday saying that a national commission will be formed and given powers based on the report issued on November 23.

He first announced the commission in a speech marking the report’s release on Wednesday.

The king said that the national commission will function transparently and will guarantee that “the outcome of its work on the implementation of the recommendations is in accordance with best international practices and standards”.

The commission will examine the BICI’s recommendations and make its own suggestions by the end of February 2012.

Despite strong condemnation of Bahrain’s actions during the crackdown, Khalil Marzooq of the Al Wefaq opposition party told Al Jazeera that the report did not do enough.

“There are things that need to complement this report, like the resignation of the government,” he said.

“We cannot deal with this government, which the report says … has brutally affected our citizens.”

The government, responding to the report after it was initially delivered on Wednesday, pledged that officials involved in the abuses would be held accountable and replaced.

“The government welcomes the findings of the Independent Commission, and acknowledges its criticisms,” an official Bahraini statement said.

“We took the initiative in asking for this thorough and detailed inquiry to seek the truth and we accept it.”

The BICI report blamed the opposition for not having accepted the Bahraini crown prince’s initiative in March, which it says might have led to a peaceful solution.

It also mentioned instances of aggression against the Sunnis of Bahrain as well as foreign workers.

The findings, which studied events in February and March, said that 11 other people were killed later.

The commission concluded that a total of 2,929 people were detained during the protest movement, at least 700 remain in prison.