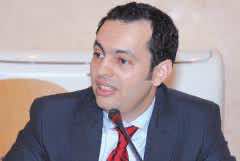 The Authenticity and Modernity Party (PAM) announced, on Sunday, that it will be in the opposition and voiced commitment to fully assume its constitutional role serving the citizen’s causes.

PAM will “fully assume its constitutional and political role in favor of the causes of the nation and the citizen for the establishment of a democratic country,” the party said in a statement following a meeting of its National Bureau on Saturday to examine the preliminary results of the parliamentary elections.

PAM stressed its attachment to the Alliance for Democracy, highlighting commitment to continue collaboration with allies to consolidate on the basis of a joint platform and program with a view to a democratic and modern implementing of the constitution.

The Party voiced satisfaction regarding the general atmosphere in which the elections took place despite “some irregularities”, saying that the parliamentary elections represent “a victory for Morocco’s democracy.”

According to the final results released by the Interior Ministry on Sunday, the PAM came in fourth position with 47 seats. The PJD obtained 107 seats, the Istiqlal party won 60 seats and the National Rally for Independents 47 seats. The Socialist Union of Popular Forces (USFP)- one of the political formations that might be called upon to form a coalition with the PJD- obtained 39 seats up from  38 seats in 2007.

King Mohammed VI is expected to appoint a Prime Minister from the PJD. Analysts consider its secretary general Abdelilah Benkirane as the front-runner for the job.