Morocco World News
Home News Maghreb PJD’s Secretary General: “We Are Ready to Engage in Dialogue with the... 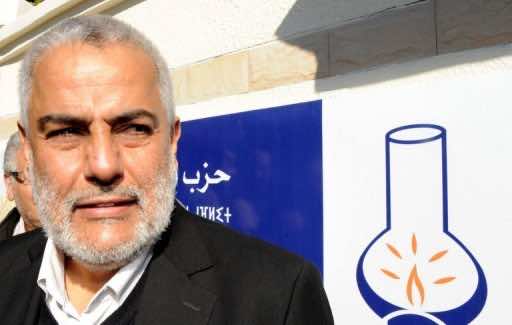 As the National Moroccan Channels were announcing the final results of the legislative elections, the Secretary General of the PJD Abdelilah Benkiran was holding a press conference in Rabat to speak to the public and the press about the plans of the party as well as its future aspirations and goals, since it won the elections with the majority of 107 seats in the parliament.

Abdelilah Benkiran tackled various issues during the press conference. He referred to the win of the PJD as “a historic event which brought about unexpected results that prove Moroccan people’s natural right to be ruled by whom they voted for.” Benkiran expressed the willingness of the PJD to work with the other political parties that include “honest and hard working people” to move forward with the country, except one party which he refused to name and said that people know what it is (in a reference to Authenticity and Modernity Party PAM).

He also expressed the readiness of his party to engage in a dialogue with the 20th February movement “starting from tonight”. He went on to say that “if they wanted to continue their protests, then it is their right and I have no problem with that.”

Benkiran called upon the Justice and Charity Islamist movement saying that “if they want change and reforms, then they should step into the political institutions to constructively participate in the development of the country.”

As far as the detained Moroccan journalist Rachid Nini’s case, Benkiran said that he does not understand why he is still detained and they are “convinced that he should be returned to his family and children.”

There were different concerns by liberal men and women in Morocco about their personal freedom after the win of the Islamist PJD. As a response to those concerns, Benkiran explained that they have major priorities that need to be solved rather than “getting into the mazes of alcohol and nakedness.” “Personal freedom is guaranteed,” He added.

According to Benkiran, “the PJD is aware of the expectations of the Moroccan people, the social tension, and the political problems that the country suffers from. The PJD has already started getting enormous support from different unions, businessmen and institutions that are willing to collaborate at all levels.” He also promised that Moroccan people will soon notice “positive signs opening the door of hope for the future.”

The PJD does not hide the fact that it is in front of a huge challenge and that it has a lot to prove to the Moroccan people who need to regain the trust element between politicians and the citizens. It is too early to judge and only time will tell.