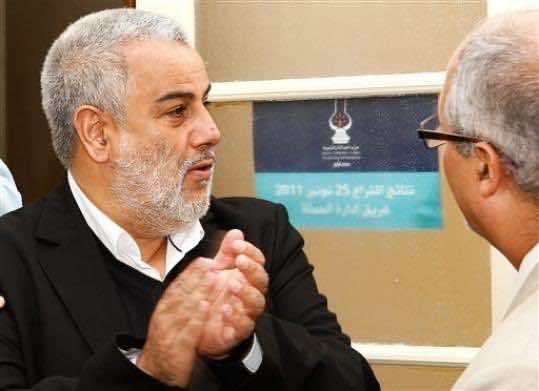 Secretary General of the Justice and Development Party (PJD) Abdelilah Benkirane, said, on Sunday in Rabat, his party is ready to form a coalition government with all political parties except the Authenticity and Modernity Party (PAM).

“We are open to all political parties in order to form the government, to the excepotion of one party (alluding to PAM),” Benkirane said during a press conference following the announcement of the final results of the parliamentary elections, in which PJD won 107 seats in Morocco’s 395-seat parliament.

He noted that the PJD has “an affinity” with the parties of the Koutla (an alliance mustering the Independence Party (PI), the Socialist Union of Popular Forces (USFP) and the Progress and Socialism Party (PPS)).

The parties of the Koutla “showed a political maturity” by expressing their willingness to take part in the upcoming government, Benkirane added.

PJD’s Secretary General said that the coalition may also include the Popular Movement (MP) beside the Koutla.

“It is not necessary to allocate the majority of portfolios to the PJD,” he said, calling for a limited cabinet in which members fulfill the criteria of competence and transparency.