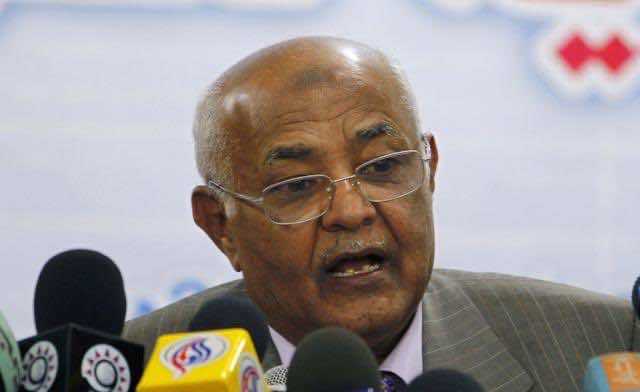 Yemen’s vice president named on Sunday opposition leader Mohammed Basindwa as the country’s new interim prime minister, the state news agency Sabareported, under a deal aimed at ending months of protests which have rocked the country.

If the agreement goes according to plan, President Ali Abdullah Saleh will become the fourth Arab ruler brought down by mass demonstrations that have reshaped the political landscape of theMiddle East

Vice President Abd-Rabbu Mansour Hadi named Basindwa in a decree carried by the agency. This followed a decision on Friday by opposition parties to nominate Basindwa, the head of an alliance that led months of protests against Saleh, to form a new government.

Earlier, Saleh announcing that he has pardoned those who “committed errors during the crisis.”

The announcement immediately drew the ire of opposition groups who say Saleh can no longer take such decisions having transferred his powers to his deputy under a Gulf deal to step down in return for immunity from prosecution.
“The President of the republic has decreed a general amnesty for all those who have committed errors during the crisis,” said a statement flashed on state television.

The reported pardon came as tensions remain high in Yemen, where Saleh returned overnight from Riyadh, where he signed the Gulf-brokered deal to step aside.

“This is in violation of the Gulf initiative by which the president delegated his powers to the vice-president,” opposition spokeswoman Hurriya Mashhud told AFP.

“He no longer has the right, nor the prerogative or the capacity to take such decisions,” she added.

Under the accord, the election is to be held on Feb. 21, replacing Saleh who has been in power for more than three decades but faced 10 months of massive anti-regime protests.

Vice President Hadi announced the polling date in a decree Saturday, confirming the election would be brought forward from 2013.

Hadi said Yemenis “are called on to vote in early elections for a new president of the republic starting at 8 o’clock on the morning of Tuesday, February 21, 2012”.

“The early presidential election will take place under the management of the Supreme Commission for Elections and Referendum,” the decree added.

“The two agreed on the need to quickly implement the terms of the November 23 political settlement so that the legitimate and richly deserved aspirations of the Yemeni people can be realized,” the White House said in a statement.

Brennan “stressed that all parties need to refrain from violence and proceed with the transition in a peaceful and orderly manner.”

The Riyadh accord makes Saleh, 69, the fourth Arab leader to be ousted from power in the Arab Spring which has swept away the autocratic rulers of Tunisia, Egypt and Libya.

Hadi as the sole candidate in February’s poll is to officially take over as consensus president for a two-year interim period, after which parliamentary and presidential elections are to be held.

The early poll follows a 90-day transition period which kicked off with the signing of the power transfer deal in Riyadh.

The accord called for Saleh, in return for immunity from prosecution, to hand all “necessary constitutional powers” to his deputy with immediate effect and to hold office on an honorary basis only for the 90-day period.

A bloody crackdown on the anti-Saleh demonstrations across Yemen since January has left hundreds of people dead.

But demonstrators in Sanaa’s Change Square, the focal point of the protests, say they reject the Riyadh deal and want the president to go on trial.

Yemen has become engulfed under Saleh by political strife that has allowed free rein to northern rebels, southern secessionists and al-Qaeda.

Shiite Huouthi rebels have strengthened their hold on the country’s northern provinces in recent months due to the uprising that has seen troops defect and security forces stretched by popular protests.

On Sunday, Shiite rebels killed 20 people and wounded 70 others in an attack on a Sunni Islamist school in northern Yemen.

The attack was on the Dar al-Hadith school that trains preachers in Dammaj, a suburb of the Shiite stronghold city of Saada, said a tribal source.