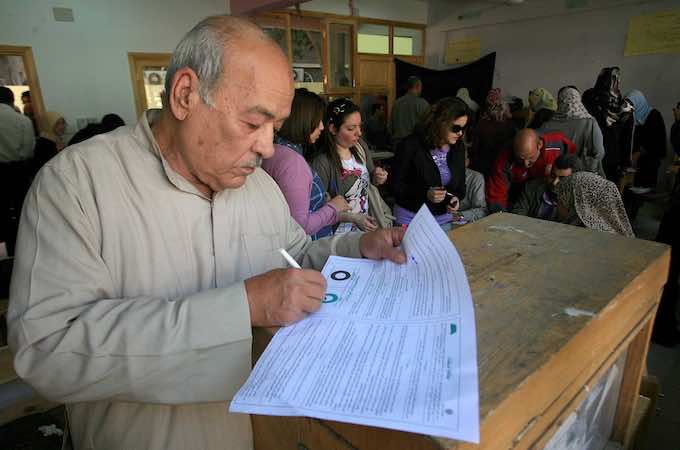 Egyptians head to the polls to embrace democracy following years under a virtual dictatorship.

When Egyptians begin voting in parliamentary elections from the end of November, many will do so daring to hope, for perhaps the first time in their lives, that they have a real stake in their country’s future.

Almost 10 months since the toppling of Hosni Mubarak, Egyptians finally have a chance to exercise their own choices in a process that has become a crucial test of whether the idealism of Tahrir Square and the “Arab Spring”, having knocked down the old autocratic regime, can be harnessed to build new democratic institutions in its place.

It isn’t going to be easy though. Making sense of a confusing and complicated electoral system will be a challenge for candidates, voters and onlookers alike. That Egypt has one of the lowest literacy rates in the Arab world will make the task far more difficult.

But beyond the complexities of the voting system, many Egyptians have bigger concerns about the electoral process.

With the country currently under the control of a ruling military council, some question whether the new parliament will be vested with real powers, and whether the ruling generals will step aside to let the civilians call the shots.

The military council has already faced criticism from supporters of the revolution for pushing back scheduled presidential elections by a year to 2013, thereby delaying the country’s eventual transition to civilian rule.

Its conduct during the post-revolution period – ranging from heavy-handed measures to quell protests to reliance on military tribunals to silence dissenting civilians – has also fuelled suspicion in a country with a history of military rulers.

“Civilian-military relations are likely to be among the central questions in Egyptian politics over the next several years,” says Elijah Zarwan, a North African analyst. “The military will not easily give up its privileged position.”

A document, proposed by the deputy prime minister, is already in circulation, recommending exclusion of the military budget among other things from parliamentary supervision.

The elections, therefore, provide Egyptians with a rare chance to rein in the military, as well as providing a litmus test of how far it is ready to submit itself to civilian control, sacrificing the economic interests and immunities that it has come to enjoy over the years.

Only a modest change?

Many voters however will simply take heart from a process that gives them an opportunity to pick the representatives they want – something that the rigged elections of the past, in which many parties were banned from competing, deprived them.

“The new parliament will certainly look very different from the previous one, which effectively put all of the opposition on the street,” Zarwan says.

Formerly marginalised parties and factions, such as the Muslim Brotherhood, now have an opportunity to make their presence felt while even members of Mubarak’s former party, the NDP, have a chance of getting elected.

A pluralist parliament mixing a broad range of hitherto suppressed political and religious opinion with remnants of the old regime may not create an institution capable of solvingEgypt’s problems overnight.

But, according to Mozn Hassan, head of the Cairo-based NGO Nazra Feminist Studies and an expert in constitutional reform, the elections do at least mark an important starting point in the country’s political reawakening.

“These elections will not change Egypt- this is not the situation,” she says. “At the same time, they will determine who the people want – if they will choose the Islamists or ex-NDPs. The elections will make it clear.”

That by itself would be a giant step forEgypttowards cementing its democratic credentials.

As Hassan puts it, “people didn’t do a revolution and sacrifice their lives to have the military council running Egypt”.