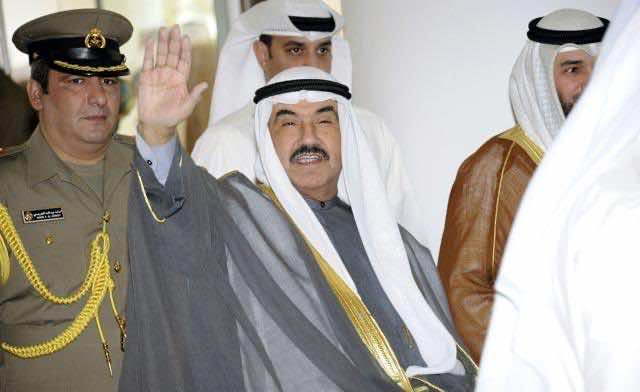 Kuwait’s government resigned on Monday amid simmering conflict with an opposition staging the country’s largest ever demonstration to demand the resignation of Prime Minister Sheikh Nasser Mohammad al-Ahmad al-Sabah over corruption allegations.

“The Kuwaiti cabinet has resigned and the resignations have been accepted by the emir,” opposition MP Khaled al-Sultan Islamist told reporters outside parliament.

Various opposition groups, including liberals, Islamists, student groups and for the first time tribal chiefs, geared up for a mass rally in the Erada (Will) Square to demand the questioning of Sheikh Nasser over corruption charges.

“The unprecedented sit-in in Erada Square will continue with or without the government in office,” said Sajed Abdilli, a Kuwait political analyst.

He said people demand an end of corruption and irregularities in the decision making process within the government and parliament.

“It is going to be the biggest rally in the history of Kuwait,” Saad al-Ajmi, former information minister and prominent Kuwaiti writer, said.

Speaking to Al Arabiya over the phone on Sunday evening during a demonstration in front of Kuwait Courts Complex (Palace of Justice), Ajmi said about 10,000 people were demonstrating to demand an immediate release of 24 activists detained for storming the parliament last week.

Kuwait’s electronic news website, Alaan, which is owned by Ajmi, earlier reported that Deputy Prime Minister and Minister of Justice Mohammad al-Afasi submitted his resignation after he refused to sign an order to lift immunity on eight parliament members.

But Abdilli denies protesters were heading to a direct confrontation with the country’s emir, stressing that popular demands were within the framework of the constitution.

“This is not a collision, the Emir does not support corruption.” Abdilli said.

The opposition has accused Sheikh Nasser of transferring public funds into his overseas bank accounts, a charge the government has denied.

They also accuse him of being political responsible for a graft scandal involving around 15 pro-government MPs who allegedly accepted bribes worth $350 million.

Sheikh Nasser survived three no confidence votes since he took office in 2006 but this time some say the evidence against him is too strong to defeat.