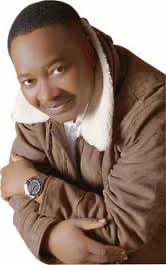 In his debut feature, South African American writer and film director Ken Sibanda is set to begin principal photography for his epic, “Hannibal The African,” in Morrocco early 2012.

The movie will tell the rise and fall of the famed Carthaginian general Hannibal Barca. Ken Sibanda is the director of the shot film, “The Triangle,” and also the author of the science fiction epic and bestseller, “The Return to Gibraltar.” Sibanda, is one of a few African born writers to have ever written a science fiction epic. His novel has been reviewed in Spain, South Africa, United States and Gibraltar.

“The emphasis of Hannibal the African or pitch  Of the movie is to tell an entertaining but true to the historic facts story,” said Sibanda. “The elephant invasion from across the Alps, is a dramatic high point, but many things went into that,” he added.

The director stressed that “for one, Hannibal must be portrayed not as a war monger but as humane as possible. The pursuit of war does not mean a person is revengeful by nature.”

One reason why the South African born filmmaker became a movie director was to imbibe African characters with realistic and accurate depiction.

Ken Sibanda, a lawyer by training, who holds law degrees from the University of London and Temple School of Law said:

“Too often, the African hero is seen through the shallow lenses of Western cultural insensitivity, where the subject is an ongoing problem…”