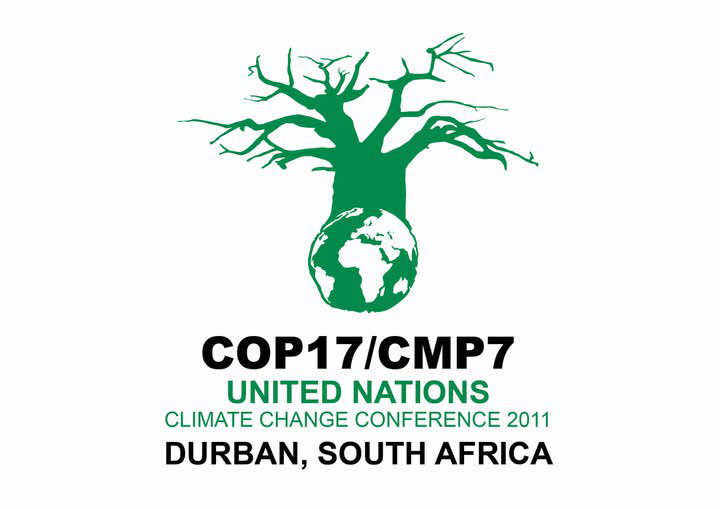 Thousands of representatives from governments, international organizations and civil society gathered today in Durban, South Africa for the start of the United Nations Climate Change Conference, which seeks to advance ways to cut global carbon emissions and pollution.

The stakes at the two-week long conference are high, as its outcome will determine the future of the Kyoto Protocol, the legally binding treaty to reduce greenhouse gas (GHG) emissions, whose first commitment period is due to expire in 2012.

UN Independent Expert on Human Rights and International Solidarity Virginia Dandan said in a statement issued today that the Durban conference represents a “make or break moment for humanity,” and warned that failure to act would greatly damage future environmental negotiations.

“The world is calling for genuine international solidarity and multilateralism, and for its leaders to take a leap of faith in unison, and as one,” Ms. Dandan said. “There is great need for a radical mindset change in order to bring back to the negotiating table the time-honoured values of humanity that have been forgotten after decades of market and profit-driven orientation.”

Ms. Dandan stressed that decisive action and work in solidarity are needed to achieve concrete results, adding that negotiations must also take into account principles of human rights, equality and justice if they are to be successful.

“Greater cooperation and solidarity are required now more than ever before, to face the challenges posed by climate change such as the intensification and increasing frequency of natural disasters, as well as the continuing and widening poverty gap, and the series of food, energy, economic and financial global crises,” she said.

Ms. Dandan underscored that failure in Durban would have a negative impact on the multilateral system as a whole, but would be especially damaging for the UN Sustainable Development Conference (Rio+20) in Brazil in June next year.

“Failure in Durban would impact on the three pillars of the UN – namely, peace and security, development and human rights, and pin the world down to ground zero,” she said.

During her opening remarks to the conference, Executive Secretary of the UN Framework Conventions on Climate Change (UNFCCC) Christiana Figueres urged countries to seize the opportunity to finish the tasks set during last year’s negotiations in Cancún, Mexico, and ensure policies are translated into action.

“We meet here at a time when greenhouse gas concentrations in the atmosphere have never been higher, when the number of livelihoods that have been dissolved by climate change impacts has never been greater and when the need for action has never been more compelling or more achievable,” she said.

Ms. Figueres said countries can take two major steps in Durban to address climate change. The first is completing a comprehensive package to help developing countries adapt to climate change and limit the growth of their GHG emissions, and the second relates to how governments can work together to limit the global temperature rise and thus prevent further natural disasters.

“These negations are about securing a better future and improving the quality of life of people. The momentum for change is building, not least in developing countries. More can be achieved if governments and the private sector work in partnerships,” she said.

The Durban conference comes just after a UN conference on wildlife in Bergen, Norway, last week in which agreements to protect seven migratory species were reached. Species that were granted increased protection include the giant manta ray, the Argali sheep of the Central Asian highlands, the Bobolink grassland bird from South America, and the red-footed falcon.

During the Convention on the Conservation of Migratory Species of Wild Animals, organised by the UN Environmental Programme (UNEP), countries also agreed to strengthen their efforts to mitigate the most serious threats to migratory species, such as wind turbines, power lines, climate change, wildlife disease and illegal hunting.

In addition, governments adopted various resolutions to protect marine species from threats such as noise pollution and sonar from vessels especially in areas that are home to whales, dolphins and sea turtles.