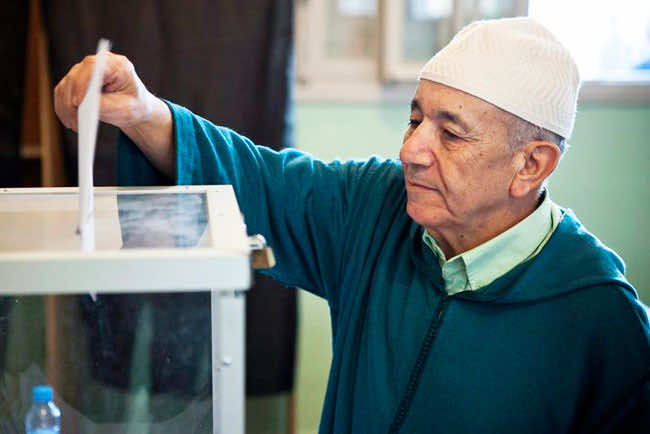 The British press on Monday highlighted the victory, for the first time in Morocco’s history, of a moderate Islamist party (Development and Justice Party) in the parliamentary election held on Friday.

With 107 seats in the 395-seat House of Representatives, PJD won a landslide victory in Friday’s election.

Seeking to allay western concerns about the policy that the party will adopt, the party’s deputy Secretary General Saadeddine Othmani told the FT that “We (the PJD) don’t want to come in and change everything in Morocco.”

“We have undertaken a path of reform, without any radical rupture, and always within the framework of existing institutions,” he added.

“We want a government that works in the service of the ordinary citizen,” said Othmani when he was asked about his party’s priorities.

The newspaper also noted that “Observers are watching Morocco closely as an example of an Arab state that has opted for gradual reform amid the wave of political unrest known as the Arab Spring.”

The Telegraph, for its part, pointed out that although PJD is a “moderate” party, its success “will concern those who believe that religious parties will weaken western influence in the region.”

The newspaper, in this regard, quoted the PJD leader Abdelilah Benkirane saying “his party was not made up of Islamic fundamentalists looking to introduce Sharia Law.”

“We are not trying to set up a religious regime, or a Caliphate, as some suggest,” he added.