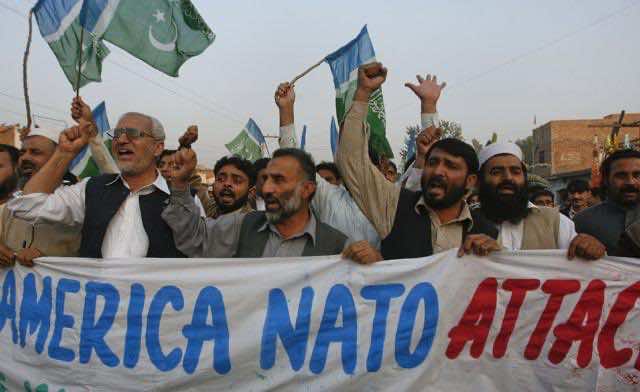 Pakistan’s Prime Minister Yusuf Raza Gilani ruled out “business as usual” with the United States on Monday after a NATO attack killed 24 Pakistani soldiers, and the army threatened to drastically curtail cooperation with Washington on Afghanistan.

Saturday’s incident on Pakistan’s border with Afghanistan has complicated U.S. attempts to ease a crisis in relations with Islamabad and stabilize the region before foreign combat troops leave Afghanistan.

“Business as usual will not be there, therefore we have to have something bigger so that to satisfy my nation, the entire country,” Gilani told CNN when asked if ties with the United States would continue.

Gilani’s comments reflect the fury of the Pakistani government and military, and the pressure they are under from their own people. “You cannot win any war without the support of the masses,” he said. “We need the people with us.”

The relationship, he said, would continue only if based on “mutual respect and mutual interest.” Asked if Pakistan was receiving that respect, Gilani replied: “At the moment, not.”

Gilani’s comments cap a day of growing pressure from the Pakistani military, which threatened to reduce cooperation on peace efforts in Afghanistan.

“This could have serious consequences in the level and extent of our cooperation,” military spokesman Major General Athar Abbas told Reuters.

Pakistan has a long history of ties to militant groups in Afghanistan so it is uniquely positioned to help bring about a peace settlement, a top foreign policy and security goal for the Obama administration.

Washington believes Islamabad can play a critical role in efforts to pacify Afghanistan before all NATO combat troops pull out in 2014, and cannot afford to alienate its ally.

Pakistan shut down NATO supply routes into Afghanistan in retaliation for the weekend shooting incident, the worst of its kind since Islamabad allied itself with Washington in 2001.

“We have been here before. But this time it’s much more serious,” said Farzana Sheikh, associate fellow of the Asia program at Chatham House in London.

“The government has taken a very stern view. It’s not quite clear at this stage what more Pakistani authorities can do, apart from suspending supplies to NATO forces in Afghanistan.”

Adding a new element to tensions and a diplomatic boost for Islamabad, Pakistan’s ally China said it was “deeply shocked” by the incident and expressed “strong concern for the victims and profound condolences for Pakistan.”

Russia, which has been seeking warmer relations with Pakistan as worry grows over the NATO troop pullout in Afghanistan, said it was “unacceptable” to violate the sovereignty of states even when hunting “terrorists.”

On Saturday, NATO helicopters and fighter jets attacked two military outposts in northwest Pakistan, killing the 24 soldiers and wounding 13 others, the army said.

NATO described the killings as a “tragic, unintended incident.” U.S. officials say a NATO probe and a separate American probe will seek to determine what really happened.

“It is very much in America’s national security interest to maintain a cooperative relationship with Pakistan because we have shared interests in the fight against terrorism, and so we will continue to work on that relationship,” White House spokesman Jay Carney told reporters.

A Western official and an Afghan security official who requested anonymity said NATO troops were responding to fire from across the border.

Pakistan’s military denied NATO forces had come under fire before launching the attack, saying the strike was unprovoked and reserving the right to retaliate.

Abbas said the attack lasted two hours despite warnings from Pakistani border posts. “They were contacted through the local hotline and also there had been contacts through the director-general of military operations. But despite that, this continued,” he said.

After a string of deadly incidents in the largely lawless and confusing border region, NATO and Pakistan set up the hotline that should allow them to communicate in case of confusion over targets and avoid “friendly fire.”

Both the Western and Pakistani explanations are possibly correct: that a retaliatory attack by NATO troops took a tragic, mistaken turn in harsh terrain where differentiating friend from foe can be difficult.

An Afghan Taliban commander, Mullah Samiullah Rahmani, said the group had not been engaged in any fighting with NATO or Afghan forces in the area when the incident took place. But he added that Taliban fighters control several Afghan villages near the border with Pakistan.

A similar cross-border incident on Sept. 30, 2010, which killed two Pakistani service personnel, led to the closure of one of NATO’s supply routes through Pakistan for 10 days.

The attack was the latest perceived provocation by the United States, which infuriated and embarrassed Pakistan’s powerful military in May with a unilateral special forces raid that killed al-Qaeda leader Osama bin Laden.

Hundreds of enraged Pakistanis took to the streets for a third day on Monday, blocking roads to demand that Pakistan end its troubled alliance with the United States.

The main Pakistani association that delivers fuel to NATO forces in Afghanistan said it would not resume supplies soon in protest against the NATO strike.

In the Mohmand region, where the attack took place, hundreds of angry tribesmen yelled “Death to America.” About 200 lawyers protested in Peshawar city, some burning an effigy of U.S. President Barack Obama.

Newspaper editorials were strident. “We have to send a clear and unequivocal message to NATO and America that our patience has run out. If even a single bullet of foreign forces crosses into our border, then two fires will be shot in retaliation,” said the mass-circulation Urdu language Jang newspaper.

The NATO strike has shifted attention away from what critics say is Pakistan’s failure to go after militants.

Pakistan joined the U.S. global war on militancy launched after al-Qaeda’s Sept. 11, 2001, attacks on the United States, and won billions of dollars in aid in return.

But the unstable, nuclear-armed country has often been described as an unreliable ally, and the United States has resorted to controversial drone aircraft strikes against militants on Pakistani territory to pursue its aims.

U.S. Senator John McCain, a leading voice of Republicans on military issues, voiced the frustration felt in many quarters of Washington when he called the loss of life “tragic” but said Pakistani intelligence still supported militants fueling violence in Afghanistan.

“Certain facts in Pakistan continue to complicate significantly the ability of coalition and Afghan forces to succeed in Afghanistan,” he said.

Pentagon press secretary George Little told reporters the Afghanistan campaign would press on despite the interruption to supply routes.

“Everyone realizes we have an enemy to engage in Afghanistan and the U.S. military is prepared to carry on,” Little told reporters.

Key ally China, seen by Islamabad as a crucial counterweight to American influence, said it was “deeply shocked” and called for an investigation.