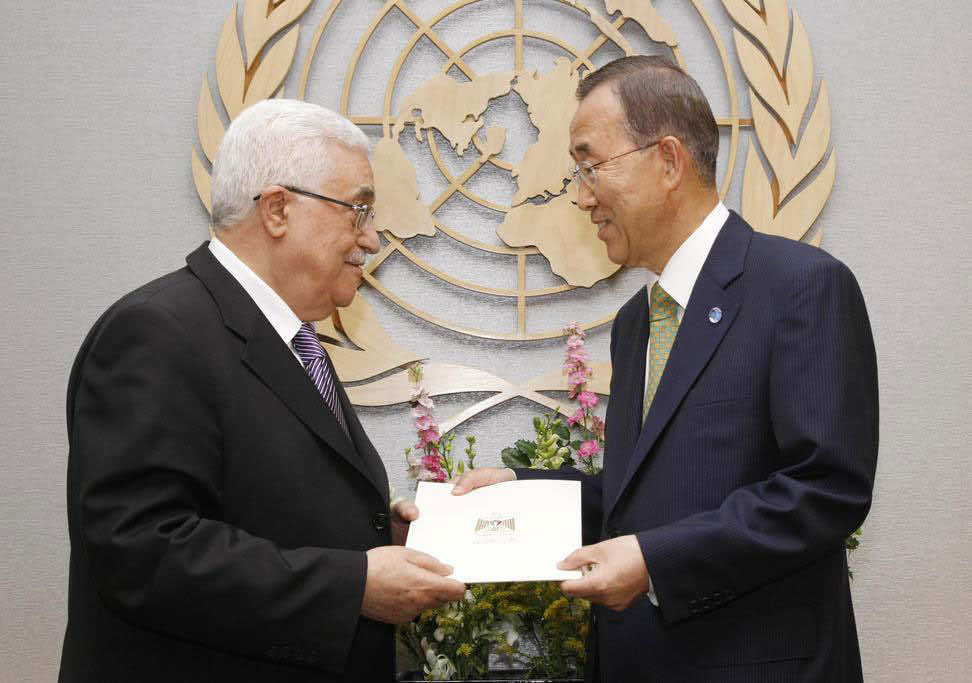 Secretary-General Ban Ki-moon today led a chorus of United Nations officials in stressing the need for a just and lasting solution to the question of Palestine and achieving a comprehensive peace in the Middle East.

“The establishment of a Palestinian State, living in peace next to a secure Israel, is long overdue,” Mr. Ban said, in a message marking the International Day of Solidarity with the Palestinian People, which is observed annually on 29 November.

“The need to resolve this conflict has taken on greater urgency with the historic transformations taking place across the region,” he added. “I call on the Israeli and Palestinian leadership to show courage and determination to seek an agreement for a two-State solution that can open up a brighter future for Palestinian and Israeli children.”

Two months ago Palestinian Authority President Mahmoud Abbas submitted Palestine’s application for UN membership. Mr. Ban noted that while this is a matter for Member States to decide, it is vital to not lose sight of the ultimate goal of reaching a negotiated peace agreement on all final status issues, including borders, security, Jerusalem and refugees.

Deputy Secretary-General Asha-Rose Migiro called for translating solidarity into positive action as she addressed UN Headquarters’ observance of the Day, which also featured remarks by a number of senior UN officials.

“The international community must help steer the situation towards a historic peace agreement,” she told the meeting. “Failing to overcome mistrust will only condemn further generations of Palestinians and Israelis to conflict and suffering.”

General Assembly President Nasser Abdulaziz Al-Nasser told the gathering that everything must be done to alleviate the daily suffering of the Palestinian people.

“The situation on the ground is a source of great concern,” he said.

Israeli construction of settlements in the occupied Palestinian territory has continued, especially in and around East Jerusalem and in Area C of the West Bank, he noted. Area C refers to the over 60 per cent of the West Bank where Israel retains control over security, planning and building.

“Properties continue to be demolished, land continues to be confiscated and Palestinians continue to be evicted from their homes, in violation of international law and in defiance of international efforts to revive negotiations between the two sides,” said Mr. Al-Nasser, stressing the need to work collectively to attain a just and comprehensive settlement in the Middle East.

The Special Rapporteur on the situation of human rights in the Palestinian territories, Richard Falk, used the occasion of the Day to call urgent attention to the plight of the Palestinian Bedouin people of the West Bank.

“The recent unprecedented pressure by Israeli authorities and settlers to expel Palestinian Bedouin communities from Area C is deplorable, illegal and must cease,” Mr. Falk said in a news release.

In recent months, approximately 2,300 Bedouins who reside in 20 impoverished communities in the hills east of Jerusalem have been informed by the Israeli authorities that they must leave the area, as part of a plan to expel Bedouin communities living in Area C.

“The proposed transfer of Bedouin communities raises a number of concerns under human rights law, especially with respect to forced eviction and forced displacement,” noted the rapporteur.

In connection with the Day, a photo exhibit entitled “Palestinian Vista” will be open today at UN Headquarters in New York, featuring paintings by Ibrahim Shalaby, a Canadian-Palestinian architect and artist born in Jordan.

The exhibit will also feature ceramics and textiles presented by Farah and Hanan Munayyer, the co-founders of the Palestinian Heritage Foundation – a cultural and educational organization aimed at promoting awareness and understanding of Arab and Palestinian culture and traditions.