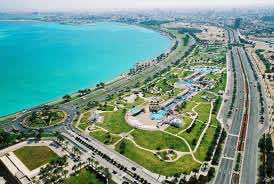 Qatar, the world’s biggest per capita emitter of carbon dioxide, will host the 2012 round of UN talks tasked with beating back the mounting threat of global warming, the UN’s top climate official said Tuesday.

“The COP18 will be hosted next year in Qatar,” Christina Figueres, executive secretary of the UN Framework Convention on Climate Change (UNFCCC), said in Durban, South Africa, where this year’s meeting is unfolding.

South Korea, also in the hunt to organise the UNFCCC’s 18th meeting, had to settle for hosting the preparatory gathering of ministers that traditionally takes place just beforehand.

“This has been a very, very intense conversation between both countries,” Figueres said, alluding to the sharp competition between the nations over the last two years.

“It is win-win agreement for both countries, but above all it is an important win for the climate process.”

Qatar’s small population of 1.67 million pumps out some 53.5 metric tonnes per person of carbon dioxide into the atmosphere per year, according to United Nations statistics.

Qatar has in recent years aggressively pursued a policy of seeking to host major international conferences and events. In 2022, it will take on the FIFA football World Cup.