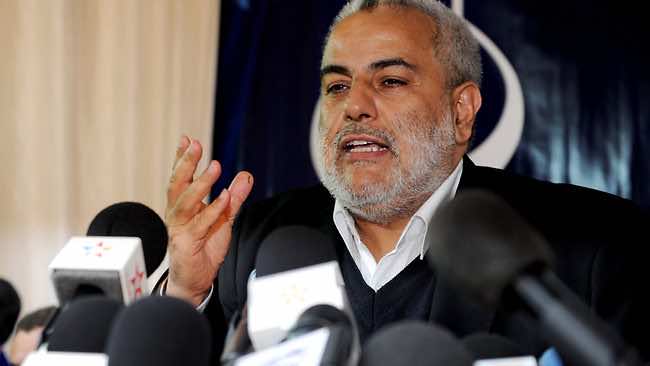 A few hours after his much-anticipated appointment as Chief of Government by the king Mohammed VI on Tuesday, 29th November, the PJD’s General Secretary started assuming his responsibilities in forming the new government that will endeavor to deal with the social problems that Morocco face through “dialogue, transparency and openness.”

In an interview to a Tunisian Private Radio station, Benkirane put emphasis on the serious willingness of PJD to confront and fight corruption in Morocco. In this regard, he stated that he is ready to do his best in whatever possible way to put the country on the right path towards economic development. Our policy will be grounded on dialogue, openness and clarity”, he said.  “We intend to immediately strive to achieve what is  possible and attainable, and if there is something that is not reasonable or possible for us to achieve, we will say clearly that it is not possible,” he added.

Four days after the holding of the legislative elections, not everybody seemed to welcome the victory of the Party of Justice and Development. The main reason behind this, is the fear that the PJD imposes a strict morale code on society. This fear is more pronounced among women, most of whom are worried that the PJD will setback the progress achieved by Morocco since the adoption of the Family Code (Mudawana) in 2004.

In this aspect, Benkirane said that “no one who knows us is afraid of us, and those who are afraid of us have been made scared through the use of Islamist bogeyman.” “It is not logic to be afraid of a party that won the majority of votes”, he added.

Benkirane went further to state that movements with Islamic affiliation are the ones at the forefront in the political landscape in the region, because those movements have been in the opposition for years. “It’s normal that people turned to us in order to confront the problem they are going through”, he stressed.