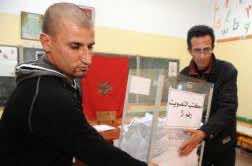 Standard & Poor’s Ratings Services said today that the ratings on Morocco (BBB-/Stable/A-3) are not immediately affected by the outcome of the recent parliamentary elections, Reuters reported today.

On Friday November 25, Moroccan voters went to the polls to choose their new representatives in the parliament, after the adoption of the new constitution introduced by King Mohammed VI and overwhelmingly adopted in a referendum held last July.

Parliamentary elections in Morocco are held once every five years. Before Friday’s elections, the last polls were held in September 2007 and resulted in the victory of the Istiqlal party, which formed a coalition government. Friday’s elections were originally planned for September 2012, but were anticipated by almost one year following the adoption of the new constitution in July this years.

This new constitution will further reinforce the Parliament and head of Government’s legislative and executive powers.

With 107 seats in the 395-seat House of Representatives, the Justice and Development Party (PJD) won a landslide victory in the parliamentary elections. This is the first time in Morocco’s history that a political party wins more than a quarter of seats in parliament.

The legislative elections are an “important step” in the democratic process of reform in Morocco, said the European Union (EU), in a statement carried by the Maghreb Arab Press.

The United States Secretary of State, Hillary Clinton, expressed her congratulations to the Moroccan people for the success of the Friday Elections.

Clinton said in a statement that “I congratulate the Moroccan people on the successful completion of Friday’s parliamentary elections.”

“The hard work of building democracy does not end when the votes are tallied and the winners announced,” She added.