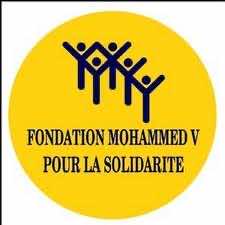 It all started in 1999 when the Mohammed V Foundation for Solidarity was set up to lead an unremitting fight against poverty and precariousness, especially in rural area. As the years went by, the Foundation confirmed its status as a key actor in combating social inclusion and lending a hand to women and men living in vulnerable situation.

This all-out commitment in favour of poor people has allowed the Foundation to gain respect and recognition from international organization which stand for the same values of solidarity, sharing and social cohesion, making it obtain the consultative status at the U.N. economic and social council.

For 12 years, the Foundation has relentlessly worked to realize the ambition of HM King Mohammed VI of a well-established, in attitude and mind, solidarity-based action.

To achieve this, the Foundation has undertaken innovative actions in the social area through mobilizing its competences and know-how, and setting up partnership with other stakeholders working in the social field.

By the end of 2010, it has laid out 3.73 billion dirhams to benefit 3 million people, including orphans, people with special needs, abandoned children, old people, as well as women and the youth who still enjoy a privileged position in the Foundation’s actions.

Through its nation-wide expanding network of over 600 social centres, the Foundation clearly illustrates the royal vision of sharing and solidarity, and perfectly embodies the role of a key actor in development and fighting against poverty and exclusion.

Thanks to the Foundation, some 2.3 million people benefit each year from food support during the Muslim sacred month of Ramadan, while 150,000 others were associated with the Foundation’s sustainable development programmes.