Morocco World News
Home Highlights on Morocco Benkirane: Our Government will Be Guided By Competence, Integrity and Credibility 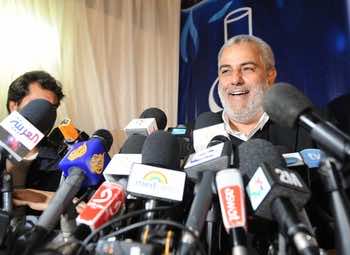 After 24 hours of his appointment as Chief of Government, the Secretary General of the Party of Justice and Development (PJD), Abdelilah Benkirane, highlighted on Wednesday, the importance of good governance, which he considered as a top priority for his party. Benkirane said that the PJD will appoint ministries that suit its approach.

In an exclusive interview with the (Almassae) newspaper published today, Benkirane said that the ruling Justice and Development will “focus its efforts on the issue of good governance.”

“The problem was not a lack of talents, but the negative atmosphere that prevailed” before the elections of his party, which “was conducive to creating a negative environment for government officials to carry out their mandate in the best manner”.  Benkirane also included that “the interests of the country and the preservation of its stability … will always be my priority.”  Additionally “We will give priority to public good by choosing those who are known for their competence, integrity and credibility”.

The leader of the PJD stressed the importance of achieving the programs of his party.  “If I come to the conclusion that the performance of government is not moving towards the desired goals, I would not behave in a way that would make me look like  I am just trying to keep my position and therefore, lose the principles for which I came.”

With regards to alliances with other parties, Benkirane said that his party cannot lead the government alone, and would team up with other parties.  “I will not  hesitate to count on the experience of technocrats whom are well-known for their competence,” he added.

Benkirane, expressed his hope that the work of his government will be crowned with “positive outcome that consolidates the democratic process” in Morocco.