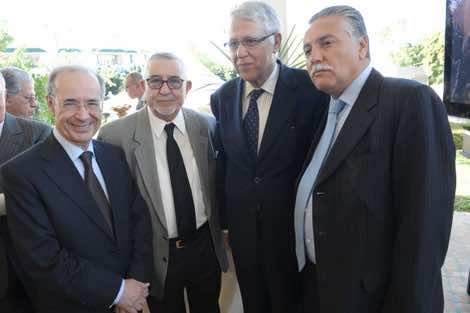 A day after he was appointed by king Mohammed VI, Morocco’s new Chief of government, Abdeliilah Benkirane, said on Wednesday that he had begun talks to form a coalition government.

“We are in the middle of meetings to form the next government,” Benkirane was quoted by AFP as saying.

The PJD obtained 107 seats, but it needs 198 seats to be able to form a new government.

“We cannot lead the government alone. We will have to form alliances with other parties,” Benkirane told Al-Massae news paper.

Since the announcement of the final results, some analysts pointed out that the parties of the democratic bloc (Koutla) are the potential partners of the PJD in the new government. The Istiqlal party of former Prime Minister, Abbas El Fassi, obtained 60 seats. The USFP obtained 38 seats, while the PPS obtained 18 seats. All three parties participated in the government of Abbas El Fassi.

But it seems that the task of the PJD to form a new coalition government will not be as easy as some may expect.

Already some divisions started to appear within the ranks of the Koutla.

“I don’t know if we’ll take part in the government. There are strong tensions between the youth, who are in favor, and the dinosaurs, who are not,” Hassan Tariq, a member of the USFP’s new guard was quoted by AFP as saying.

“Our national council will make a decision when it next meets on Saturday,” he said.

Even within the ranks of the PJD, several Islamist leaders have warned against any Benkirane alliance with the Socialists. Among the reasons that may not facilitate the participation of Socialists (USFP and PPS) in the new government, their ideological and doctrinal differences with the PJD. Both the PJD and the Socialists are opposed on very sensitive issues such as the role of women in society, secularism or the penal code.

What might further complicate things for the PJD is the message conveyed by the Itiqlal according to which either the three components of the Koutla will participate in the new government, or they will play their constitutional role in opposition.

“Either all parties in the Koutla enter the new government, or they will all be in opposition,” said Adil Benhamza, a newly elected MP of Istiqlal and a columnist for Al Alam, the Arabic daily of the party.