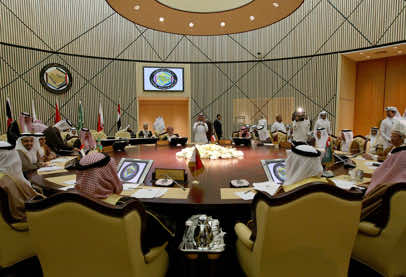 It seems that Morocco is nowhere near to join the Gulf Cooperation Council, a grouping of countries that includes Saudi Arabia, Qatar, Kuwait, United Arab Emirates, Oman and Bahrain.

In addition to the little enthusiasm shown by Morocco since it was invited to join the sub-regional organization, it seems that GCC member states themselves do not have the same position on whether Morocco should join their grouping or not.

On Wednesday, United Arab Emirates’ Foreign Minister, Sheikh Abdullah bin Zayed al-Nahayan, highlighted that there was no consensus yet among Gulf Arab states on admitting Morocco to the six-member Gulf Cooperation Council (GCC).

“We must learn from the experience of the European Union, which at some point accepted 10 countries to its membership and look now what happened with the euro,” Sheikh Abdullah bin Zayed, was quoted by Reuters as saying.

“There is no consensus at the moment to include Morocco and Jordan,” he added.

Last may, in the midst of the uprising that rocked many Arab countries, including the Gulf region, the GCC Foreign Minister surprised more than one when they announced that they had extended an invitation to Morocco and Jordan to join their economic bloc.

Ever since, Morocco has made clear that joining the GCC was not the top of its priorities and that it could settle for a privileged relationship with this bloc.

For more than two decades, Morocco has endeavored to build the Maghreb Union, considered as one of the top priorities in the country’s foreign policy, but the difference with Algeria over the Sahara conflict has doomed all attempts to revive the Maghreb Union to failure.

Since the announcement of the decision of the GCC to include Morocco and Jordan in their grouping, analysts were dubious about the rationale behind such move and the prospects for the inclusion of new member to succeed, especially since there exists no economic nor political integration among the countries of the region.

“I think it is highly ambitious to talk about that given the tardy pace of negotiations among GCC members. GCC economic integration at the moment is shallow, not deep regional economic integration, so it is premature to speculate about enlargement at this stage to include geographically distant members such as Jordan and Morocco,” said Dr N. Janardhan, a UAE-based political analyst.

The inclusion of these states, coming in the wake of the Arab Spring movement, is thought to be largely political.

Other analysts saw in the invitation of Morocco and Jordan to join the GCC an attempt by Saudi Arabia to enhance its strategic position in its drive to counterbalance  Iran’s growing influence in the region.
“With Morocco and Jordan, the GCC gains strategic depth and Saudi Arabia gains allies who would take a hard-line against Iran (unlike Qatar and Oman, which both maintain good working relations with Tehran.),” said Intissar Fakir, special assistant to the deputy president of the National Endowment for Democracy, in an ope-ed entiled “Morocco, the GCC’s Maghreb protector?