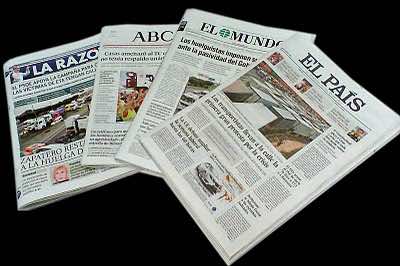 Morocco’s elections last Friday attracted considerable news coverage in Spain. Overall the Spanish press has viewed the elections as an incremental but important step toward strengthening democracy. Common themes of the news coverage also included the Islamist trend across North Africa, the impact on Spanish-Moroccan relations, as well as highlighting low voter turnout and the activities of the February 20 movement.

Spain’s daily, El Pais, included an Editorial Sunday entitled Islamist Triumph. The paper described positively the significance of the PJD’s victory. “The Islamists’ victory in Morocco should breathe a breath of fresh air into the country’s stagnant political system,” that it noted occurred in the context of the Arab Spring and constitutional reforms. El Pais claimed that the victory of the PJD showed Morocco was following a trend after the victory of Islamists in Tunisia, as well as showing that Moroccan voters were fed up by corruption and inequality. The paper reported that Morocco’s election was also the most free and transparent since the country’s independence, a consequence of the pro-democracy movement sweeping the region and “pressure from the street.”

On trend with other Spanish coverage, the El Pais editors highlighted low voter turnout, which it claimed was actually less than the cited 45.4%. This was because the figure reported by the government represented only the percentage of participation among registered voters who formed the voter lists. It did not take into account the 8 million of-voting-age Moroccans who had not registered to vote, which would have placed turnout at 25%.

In addition, El Pais editors were careful to cite that a new Islamist led government, while “shows that an alternative politics is possible,” did not represent radical change. The King still retained a significant role despite reforms, and the PJD would have to form a coalition government with other parties in order to govern.

Catalan-based newspaper La Vanguardia likewise took a similar tone. In an editorial Sunday entitled, Morocco, A Small Step Forward, it characterized the elections as having been conducted freely. The editorial, similarly, highlighted the apparent trend in North Africa of the success of Islamists. The PJD’s platform, it noted, appealed to voters because of the party’s anti-corruption stance and its promises to not impose strict moral codes. The editors, however, in noting the large amount of voters who abstained as part of the boycott called for by February 20, claimed that this revealed that many Moroccans, in particular, the youth were not convinced by the King’s reforms. “This will be, without a doubt, the principle challenge for the next government, regardless who forms it,” concluded La Vanguardia.

The conservative ABC ran a story following the announcement of the election results that Marruecos se suma a la ola islamista or Morocco is Taken by the Islamist Wave. Considering it would be the first time that the “moderate Islamists” would govern Morocco, the story reported that it represented an “authentic ‘overturning’ in the midst of the Arab Spring.”

Also in ABC, Ramon Perez Muñoz picked up on the Islamist trend across the region in an Op Ed, Return to the Essences, that he claimed could be explained by how when people experience profound change they fall back on the values that they are the most familiar with. On the other hand, Jose Ignacio Torreblanco, in his El Pais Blog, where he has previously criticized the King’s reforms as being insufficient, wrote, “the election results on Saturday can be understood perfectly: fed up of cosmetic changes, the voters want real change and have opted for the party that offers this.”

In addition, news coverage considered the impact that the PJD’s victory would have on Spanish-Moroccan relations, especially in light of the recent electoral success of Spain’s Popular Party (PP). Coverage noted the lukewarm comments of Benkirane such as “we are neighbors and are condemned to have good relations,” while recalling that during the last PP government relations between the two countries soured. On the other hand, reporting did not necessarily indicate that a contentious relationship was predetermined. The statement of Popular Party spokesperson Jorge Moragas was characterized in an ABC headline that Spain’s new government would work with the Islamist-led government in a “climate of friendship”

Notably El Mundo, the center-right daily, was silent in its editorial and opinion sections. Its initial coverage on the elections tended to focus on the February 20 protests and boycott.

Still, in general, Spanish coverage has viewed favorably the conduct and outcome of Morocco’s first legislative elections since the constitutional reforms. As noted the El Pais Editors in their Islamist Triumph, “The experience was worth it”. “It’s a small step, but real, toward a constitutional monarchy that should be applauded and encouraged.”