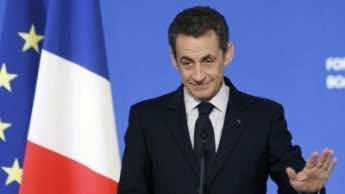 France’s ruling UMP party is toughening its stance on immigration ahead of next year’s elections. By straying into the territory of the far right National Front, it is playing a risky game.

As he presented his party’s campaign platform ahead of next year’s presidential and legislative elections, French Interior Minister Claude Gueant laid down the gauntlet to the far right by hardening the government’s position on immigration.

“It’s easier for immigrants to integrate if there are less of them,” Gueant told Europe 1 radio. “It’s obvious that we need to better manage the flow of immigrants. For immigration to work, we need to be welcoming fewer immigrants each year.”

The statement echoed the priority given to immigration issues during French President Nicolas Sarkozy’s successful 2007 election campaign. But it also rekindled accusations that the UMP, France’s ruling party, is trying to steal a march on France’s far-right National Front (FN) by playing the anti-immigration card.

According to recent opinion polls, the FN’s presidential candidate Marine Le Pen enjoys support ranging between 16% and 20% among French voters. For his part, the current president benefits from marginally less support than his main opponent Socialist Party candidate Francois Hollande, whom pollster LH2 gave 30% (a drop of nine points since he won the Socialist party primaries) in a survey last week.

As a result, Sarkozy – who has yet to officially announce his candidature – has a lot of ground to make up, especially among right wing swing voters.

“The UMP is once more taking up its 2007 strategy of hunting on FN territory”, Jerome Fouquet, co-director of the French pollster IFOP told FRANCE 24 Wednesday.

Among the measures “for better management of the flow of immigrants” announced by Gueant are a toughening of the conditions necessary to obtain French citizenship and of the rules allowing an immigrant living in France to be joined by family members.

On November 27, Gueant announced that he wanted to reduce the number of legal immigrants coming to France annually from 200,000 to 180,000, a 10% decrease. (“Legal immigration” includes individuals coming toFranceon work and study visas and those seeking asylum).

After toughening the conditions on work and study visas, Gueant announced last week reforms to the asylum system in France, including a reduction in the asylum budget and a shortening of the time frame during which asylum applications have to be made. Currently, the asylum budget allows for 21,500 places in reception centres, 20,000 emergency lodgings and temporary social benefits for another 37,000 asylum seekers.

The reforms would also expand the list of “safe” countries, whose citizens would no longer qualify for asylum inFrance.

Voters’ concerns on economy and immigration

When Sarkozy took office in 2007, the focus of his party’s immigration policy was on fighting illegal immigration and the number of expulsions (with a target of 30,000 for 2011) increased steadily.

Gueant is now moving forward by targeting legal immigration even though opinion polls in France show that the immigration issue has taken a back seat to the more pressing issue of unemployment, which currently stands at a 12-year high of more than 2.8 million.

But in French politics “one should never dismiss the importance of immigration even if it gets a poor showing in opinion polls” Bruno Jeanbart, director of politics at market researcher Opinion Way, told FRANCE 24.

And according to Fouquet, “if French voters are more concerned about reducing unemployment and boosting growth in the economy, immigration is still an important issue for a certain segment of the electorate, notably the elderly and the working classes.”

On November 17 a CSA survey showed that employment was the top concern of voters in France (45% of those polled) while immigration lagged behind with 10% of respondents.
This 10% represents an important source of potential swing voters the UMP could woo away from the FN. According to Bruno Jeanbart, with just six months to go before the country heads to the polls, the UMP has realised that the immigration issue could be a vote winner at a crucial time for the party.

“It is not 2007. Sarkozy is not seeking election for the first time. He has to justify his record on immigration over his first presidential term”, Fouquet explained.

That very record has been heavily criticised by FN’s candidate Marine Le Pen.

“We have to thank Claude Gueant for reminding the French public just how bad the UMP’s immigration record is,” she said on Monday in a statement. “We now have 200,000 legal immigrants coming into France every year. This is an 80% increase since 2000 [114,000].”