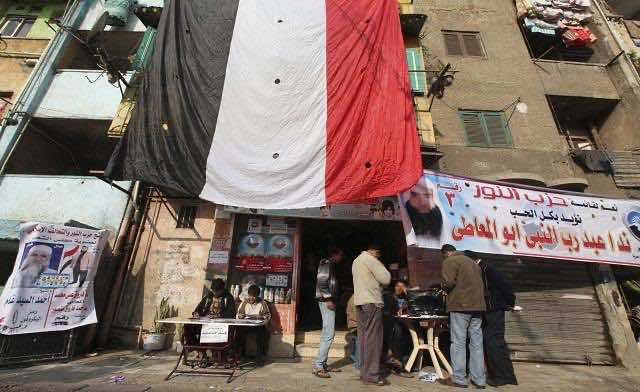 The expected victory of several hardline Islamist candidates in the opening phase of Egypt’s first post-revolution election is a surprise and has raised fears among secularists, local media said Thursday.

“Al-Nur, the surprise of the moment,” headlined the independent Al-Shorouq daily, referring to the main party of the Salafist movement which follows the strict form of Islam dominant in Saudi Arabia.

According to forecasts in the Egyptian media, the party could win up to 20 percent of the vote in the parliamentary elections held on Monday and Tuesday in the capitalCairo, port city Alexandria and other areas.

At a fifth of the vote, the Salafists would be at about the same level forecast for the liberals who played a key role in toppling the 30-year rule of Hosni Mubarak in February.

The dominant force is expected to be the Freedom and Justice Party founded by the moderate Islamist group, the Muslim Brotherhood, which has said it has won at least 40 percent, according to preliminary counting.

“The Salafists are the surprise force by beating the Muslim Brotherhood in several districts,” said the state-owned Al-Ahram newspaper, pointing to contests in the conservative bastion of Alexandria.

Al-Nur was part of the Democratic Alliance coalition led by the Muslim Brotherhood but they left to form their own Islamic Alliance, which calls for a strict interpretation of Islamic law in economic and social life.

“The fear is that if the Islamist forces dominate the new parliament, that could lead to an undemocratic system, and one that is authoritarian in the name of religion,” said Hassan Nafaa, a professor of political science at the University of Cairo, quoted by Al-Shorouq.

“We don’t want to replace Mubarak with a theocratic and authoritarian regime,” he added.

On Monday and Tuesday, millions of Egyptians embraced their new democratic freedoms in the first phase of multi-stage parliamentary elections.

Publication of the results for the areas that voted ? only a third of constituencies ? is expected Thursday evening.