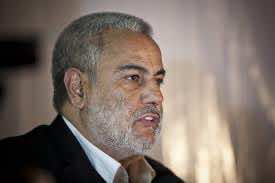 “What’s happening in Syria today goes beyond all logic of repression, it goes beyond imagination,” Benkirane told journalists as he held talks on forming a coalition government.

“What is happening to the Syrian people is making us suffer,” he said.

It marked the first foreign policy comments by the leader of the moderate Justice and Development Party (PJD) since King Mohammed VI named him as prime minister on Tuesday.

The PJD, which has sworn allegiance to the monarchy, won 107 of the 395 seats in parliament in November 25 elections, the first time an Islamist party won a national poll.

A bloody crackdown on anti-regime protestors has killed more than 3,500 people in Syria since mid-March, according to the UN.