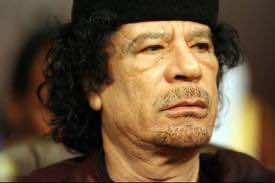 The International Criminal Court Thursday began a probe into sex crimes by Moamer Kadhafi’s troops during the revolt against him as three women spoke of their suffering under the slain dictator’s rule.

An ICC team led by investigator Jane O’Toole arrived in Tripoli on Wednesday to look into accusations of how diehards of Kadhafi raped and victimised women during the eight-month revolt which finally overthrew and killed him.

“There are lot of stories. We are here to make a preliminary investigation,” O’Toole told AFP late on Wednesday on the sidelines of a conference on women in Tripoli.

She said the ICC team would probe all aspects of serious sex crimes against women during the revolt.

“We are not into investigating every crime but those which are most grave and those that are major crimes,” she said, adding that the investigation would look into who ordered them.

ICC chief prosecutor Luis Moreno-Ocampo said in June that the court’s investigators had evidence that Kadhafi ordered mass rapes and bought containers of sex drugs for troops to attack women during the revolt.

He said there was evidence that the Libyan authorities bought “Viagra-type” medicines and gave them to troops as part of an official rape policy.

Late on Wednesday, the ICC team attending the women’s conference heard horrific accounts from three women who spoke publicly of their plight at the hands of Kadhafi officials before and during the rebellion.

Latifah Mesbah Humayyar said she was gang-raped by Kadhafi officials in 1999 at the Tripoli orphanage where she grew up and remained for much of her adult life.

“I stayed in that institution for 38 years and it was there that I suffered utmost pain and suffering,” she said.

“I was raped by officials from the health department of the orphanage because I spoke openly against Kadhafi. It was shocking. People who were supposed to take care of orphans like me turned into enemies.

“There was a steady sexual assault on me. I suffered extreme sexual and physical damage. All of this was done by the previous regime. It could not have occurred without the knowledge of higher authorities in the regime,” she said.

She appealed for the ICC to “investigate and bring the criminals to justice.”

Women’s activist and blogger Ghaida Touati said she was held for three months in Tripoli’s notorious Abu Slim prison during the revolt after being detained just four days after meeting Kadhafi himself at his Bab al-Aziziya compound.

“I met him and spoke of how there was violence against women in Libya and he said: ‘You are a brave girl and we need many girls like you in Libya’. Four days later I was arrested,” Touati said.

She said she was held in Abu Slim from February 16 to May 15, most of the time in solitary confinment.

“I was threatened, abused and insulted. All this for writing on violence against women. It is our duty to bring these criminals of Kadhafi to justice… criminals who invaded our privacy just because we asked for freedom.

“I hope the international community helps us by taking our cases to the International (Criminal) Court,” she said.

Another woman who gave her name only as Mona said she too was detained under Kadhafi’s regime and held for months in Abu Slim.

“For several days, I was not given food or water. I was taken from my home at 2 am. I had a son who was just a year and a half old at that time,” she said.

“Those days in the jail were the harshest days of my life,” she said, accusing former Libyan spymaster Abdullah al-Senussi of being behind her arrest.

“I wish that like Kadhafi, Senussi too was dead. He terrified me the most,” Mona said.

Senussi, whose whereabouts are still unknown, is wanted by the ICC on charges of crimes against humanity.