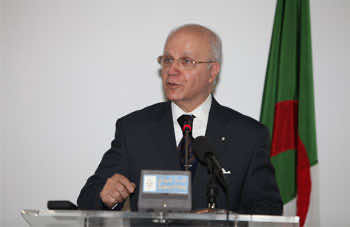 “We congratulate the Moroccan authorities and people on the good holding of the legislative election of November 25, which is a new milestone in the process of consolidating democracy” in Morocco, said Belani in a statement obtained by Moroccan news agency MAP.

He also congratulated the Justice and Development Party (PJD) “for its victory, as well as the other political parties for the outcome achieved during this poll.”

The Algerian official also reiterated his country’s willingness “to cooperate, on the basis of complementarity, solidarity and good neighborliness, with the next Moroccan government.”

He also voiced sincere hopes of success for the completion of the new progress in favor of the Moroccan people and for reaffirming cooperation between the two countries.