New York - Morocco is far from joining the Gulf Cooperation council, due to the absence of consensus among the six countries that form the grouping, which includes Saudi Arabia, Qatar, Kuwait, United Arab Emirates, Oman and Bahrain. 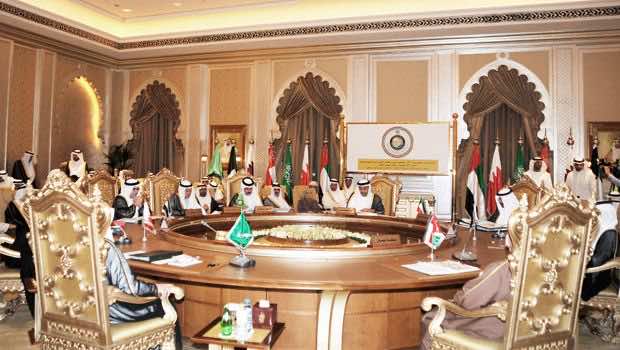 By
Adnane Bennis
-
Adnane Bennis is a national of Morocco, obtained his Bachelor’s Degree in Computer and Information Science from East west University in Chicago.
Dec 1, 2011
Spread the love

New York – Morocco is far from joining the Gulf Cooperation council, due to the absence of consensus among the six countries that form the grouping, which includes Saudi Arabia, Qatar, Kuwait, United Arab Emirates, Oman and Bahrain.

On Wednesday, in a press conference held in Abu Dhabi, UAE Foreign Minister Sheikh Abdullah Ben Zayed indicated that member countries had not yet reached a consensus on whether Jordan and Morocco would join the Gulf Cooperation Council for Arab States.

“There are no objections to the distinguished relations between the GCC and the two countries. But there is no consensus about the joining of the two countries to the GCC with full membership,” Shaikh Abdullah was quoted as saying by Reuters

“There is huge difference” he added, expressing the difference between the distinguished relations with Jordan and Morocco and full GCC membership.

The lack of enthusiasm to fully integrate Morocco and Jordan derives from the economic debt crisis in the Europe Union and the fear of a similar situation happening in the GCC should the two monarchies join the grouping.

“We must learn from the experience of the European Union, which at some point accepted 10 countries to its membership and look now what happened with the euro,” he told reporters in Abu Dhabi, referring to the Euro Zone debt crisis.

The UAE foreign minister highlighted that the GCC will offer the two countries an opportunity for strong and advanced relations with the GCC.

Last may, in the midst of the uprising that rocked many Arab countries, including some in the Gulf region, Saudi Arabia surprisingly announced that the GCC would extend an invitation to Morocco to join the economic bloc.

In the same regard, GCC Secretary General Abdullatif al-Zayani in May said Gulf Arab states were considering a request from Jordan to join the Gulf Arab political bloc.

Morocco has made it clear that joining the Gulf Cooperation Council is not its top priority, but will be happy to settle for advanced relations with the grouping.

For decades, Moroccan authorities have been working to strengthen the Maghreb Arab Union and have been enthusiastic about enhancing their relationship with Algeria.

Since the announcement of the proposal of the GCC to include Morocco and Jordan in the grouping, analysts were dubious about the rationale behind such a move and the prospects of whether the inclusion of the new members would succeed, especially since neither economic nor political integration existed among the countries.

The possible inclusion of these states, coming in the wake of the Arab Spring movement, is thought to be largely political.

Other analysts saw in the invitation of Morocco and Jordan to join the GCC an attempt by Saudi Arabia to enhance its strategic position in its drive to counterbalance Iran’s growing influence in the region, especially with the toppling of its powerful Egyptian ally, Hosni Mubarak.

The GCC Member States are set to hold a summit in Riyadh on December 19, where they will discuss major political and economic issues in the region, including the integration of Morocco and Jordan into the bloc.