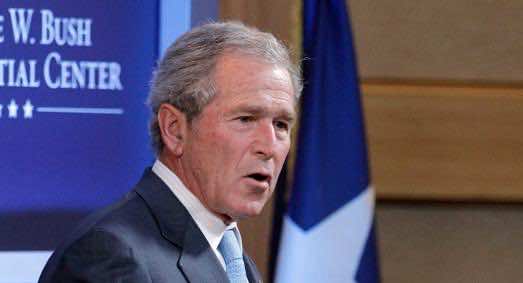 Amnesty international called on governments of Ethiopia, Tanzania and Zambia to arrest former U.S. President George W. Bush during his visit to the region this month.

The international organization urged the respective governments to initiate an investigation against the former president in regard to his alleged responsibility of human rights violations that involved torture of detainees.

“All countries to which George W. Bush travels have an obligation to bring him to justice for his role in torture,” said a statement by Matt Pollard, senior legal adviser to the organization.

Amnesty international in a written statement reminded ministers of justice of these countries of their obligation under international law to use legal action that would help in bringing   George W. Bush into an investigation.

“International law requires that there be no safe haven for those responsible for torture; Ethiopia, Tanzania and Zambia must seize this opportunity to fulfill their obligations and end the impunity George W. Bush has so far enjoyed,” added Pollard.

Bush authorized the use of water boarding on captives during his presidency between 2001 and 2008 as a preemptive method to gain information about potential terrorist attacks.

Bush’s visit is to Africa is expected to be from December 1 to December 5.