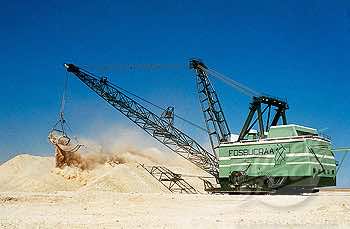 Global Arab Network – Moroccan production of phosphate and derivatives such as fertilisers is set to increase significantly as the country’s phosphate monopoly, the Office Chérifien des Phosphates (OCP), embarks on a massive investment program, funded in large part through publicly-traded bonds, Global Arab Network reports according to OBG.

In September the group went to the private debt markets for the first time in its history, launching a Dh2bn (€177.8m) bond issue with a maturity of seven years that was oversubscribed nearly sevenfold. About Dh1.8bn (€160m) of the issue have been listed on the Casablanca stock exchange.

2011 has also been a good year for the firm, with phosphate rock prices in September standing 40% higher than they did at the beginning of the year. Moroccan exports of phosphates and by-products grew by 34% by value in the first nine months of the year compared to the same period in 2010 to Dh35.4bn (€3.1bn), including exports of phosphate rock up 42% to Dh9bn (€800.4m), in spite of a 7% fall in volume.

The recent success at OCP, which is 94% owned by the Moroccan state – Moroccan banking group Banque Central Populaire owns the rest– and has a monopoly on phosphate mining in Morocco, should continue on the back of plans to invest a total of Dh98bn (€8.7bn) between 2010 and 2020 to increase annual phosphate production capacity to 50m tonnes per annum, from 26.4m tonnes as of 2010.

The bulk of the investment – Dh44.9bn (€4bn)– will be spent on chemical facilities, including infrastructure to transform its output into phosphate slurry so that it can be transported by pipeline, and for the construction of four phosphoric acid and DAP fertiliser plants, as well as two granulation facilities. The investment should triple the firm’s fertiliser output by 2020.

Some Dh29.5bn (€2.6bn) of the sum will go towards mining facilities and Dh6bn (€533.4m) to infrastructure. Another Dh22bn (€2bn) of the total will be invested in the company’s largest mine in the town of Khourigba, including for the construction of three phosphate treatment plants, one of which began operations last year, at a cost of more than Dh11.5bn (€1bn).

Phosphate production capacity at Khourigba will rise from 20m tonnes per annum to 38m. Another Dh6bn (€533.4m) is to be spent on the construction of three new mines, which are to begin operations in 2012, 2015 and 2017, respectively.

The infrastructure investments include construction of a phosphate slurry pipeline project scheduled to enter into operations in April 2013 and being built by Turkish firm Tekfen. The 187-km long, Dh4.2bn (€373.4m) pipeline will extend from Khourigba to industrial facilities and a port at Jorf Lasfar and will be able to transport all the phosphate produced at the mine, greatly reducing transport costs (which are expected to fall from $7-8 per tonne to just $1) as well as carbon emissions. The company also has plans to eventually build a second pipeline.

A new system to supply water from a reservoir 80 km away to the Khourigba mine to support its increased capacity is also being built and is set to enter into operation next year, at an investment cost of Dh1bn (€88.9m).

The firm has also launched a programme called OCP Skills to boost employment in the regions in which it operates, following rioting by jobseekers in Khourigba in March this year. In September OCP launched the third phase of the programme, which aims to create 5800 jobs in total and provide employment training for 15,000 young people.

Morocco is thought to possess around three-quarters of the world’s phosphate reserves and is the world’s third-largest producer of phosphates, accounting for around 17% of global phosphate rock output. The economy ministry in early November said prices would remain high in 2012 thanks to strong international demand and tight supply, though it said supply pressures should ease after that as new projects in Morocco and elsewhere come online. (OBG)