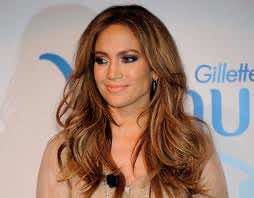 American Hollywood A-lister Jennifer Lopez arrived in Casablanca  on Thursday, where she performed at the launch of the Morocco Mall, Africa’s largest shopping center and among the world’s top five.

“She was magnificent in that show,” a wealthy Moroccan businessman who made
it on the very exclusive guest list told AFP Friday.

“The mall is amazing, frankly. It’s state-of-the-art,” enthused Christian Dior chief executive Sidney Toledano, who was born in Casablanca, and who was there to open a 3,800-square-foot Dior boutique.

The space also features forty restaurants offering spectacular views of the grounds; plus a musical fountain, only the third of its kind in the world; and an enormous cylindrical fish basin containing more than a million liters of water. The basin is filled with 3,000 nautical objects from around the world, on display to visitors by way of a panoramic elevator that ascends through the water.

“I am an artist, they call me the poet of architecture,”  Padoa told AFP.

Morocco Mall, one of the five largest malls in the world, is expected to receive more than fifteen million visitors a year with sales approaching five billion Dirhams (600 million US dollars). Plus the mall will provide 26,000 Moroccans with jobs.