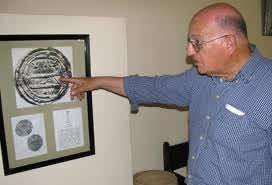 Simon Levy, Secretary General of the Foundation of Jewish-Moroccan Cultural Heritage and the director of the Jewish Museum of Morocco, passed away on Friday morning at a hospital in Rabat following a long illness, people. He was 77. Levy was Morocco’s foremost authority on Moroccan Jewish cultural. His work will continue to guide future generations, academia, and researchers all over the world.

Mr. Levy was born in Fez in 1934. He was a professor in the Spanish Department of Mohamed V University in Rabat since 1971. Mr. Levy went to prison during Morocco’s colonization period because of his resistance to the French and demands to grant Morocco independence. Mr. Levy was also in prison during the years known as “Years of Lead” because of his demands to grant citizens more individual liberties and rights.

Mr. Levy was a leading figure and active member of Morocco’s Communist party (which, later on, became known as PPS) in which he held key positions for more than 30 years (up until 2011). He was also the Secretary General of Moroccan Judaism Foundation and the Director of its Museum in Casablanca (the only museum of this city).

Mr. Levy supported the Palestinian case and showed strong support towards the right of Palestinians to establish a sovereign and independent state. Mr. Levy was a major supporter of Mimouna Club since it was first set up in spring 2007. In this sense, Mr. Levy has been present, kindly, and constantly available to help the club organizes its events and use his contacts network to provide any possible assistance to club’s mission.