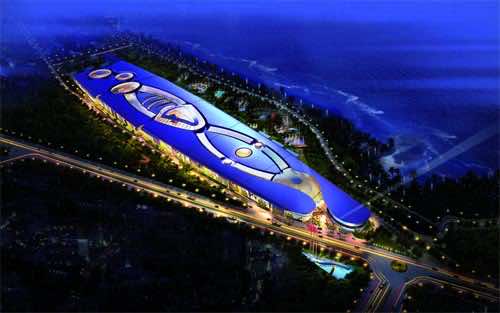 If the Arab Spring caused havoc in numerous Arab countries, its wind of change brought with it the seeds of economic prosperity in Morocco. The North-African Kingdom proved that the political reforms that were initiated in it were going hand in hand with economic reinforcement. While Tunisia and Egypt have not recovered yet from the economic ‘trauma’ caused by the drastic political change that took place in these countries, a steady economic growth, mostly boosted by foreign and internal investments, has been noted in Morocco.

Many countries were eager to follow closely the legislative elections that took place in Morocco, on Friday 25 November 2011, as they wanted to make sure that the North-African kingdom would still remain a viable country for economic investments. In the meantime, however, other clear-sighted countries went beyond that stage of speculation, and ‘took their chances and they were definitely not disappointed by the outcome of the course of their action.

Believing in Morocco’s political stability, sovereign investment funds of Qatar, Abu Dhabi and Kuwait signed, on Thursday 24 November 2011, with Morocco’s Fund for the Development of Tourism signed an agreement establishing the “Wessal Capital” Fund (20.8 billion dirhams). This fund would promote investments for the implementation of major ‘Vision 2020’ tourism projects.  The Director General of Moroccan Fund for Tourism Development partnership asserted that this agreement will boost investments in Morocco’s tourism sector.

Morocco has become an attractive destination for foreign investments, not only due to the healthy political and economic climate it provides for such transactions, but also because of the behaviour of Moroccan consumers, which is changing gradually. A large segment of Moroccans are increasingly inclined to follow a ‘universal model of consumption’ but in their own way. For them, going to a traditional ‘souk’ or to a modern mall are not mutually exclusive. In their attempt to enhance their quality of life, a wide range of Moroccan citizens, especially the youth, are overwhelmingly attracted by ‘retailtainment’ (a pattern of combining shopping and entertainment).

Morocco Mall: a ‘universal model of consumption’ with a Moroccan touch

The launching of Morocco Mall is a very telling example in this sense. This Mall which is bordering the Atlantic Ocean on the Casablanca Corniche, set on 70,000 square metres of commercial space, is hosting 350 stores, an IMAX movie theatre, aquarium and musical fountain. 600 brands will be represented in this shopping centre.

For instance, the coffee chain Starbucks has launched two stores in it. As for brands like Galerie la Fayette and FNAC, they will make their first entry to Morocco Mall and to Africa as a whole. Interestingly enough, the mall’s conception is not 100% based on western design since many well-known artists in Morocco contributed to its decoration.

Numerous media sources asserted that, the Mall is the biggest in the region of North-Africa and the Middle East. It is also ranked among the top five destination malls of the world. Visitor traffic is expected to reach 14 million a year. The shopping centre will create 26.000 thousand jobs (21.000 indirect and 5.000 direct).

Accordingly, Morocco Mall is only an example of the many projects that have recently been launched in Morocco to respond to a rising local and foreign consumption tendency that is combining shopping and leisure. It is also an embodiment of Morocco’s ability to host huge and innovative projects and of its wish to take the lead as an investment hub in the region of the Middle East and North Africa.

Farid el Korchi is a contributor to Morocco World News