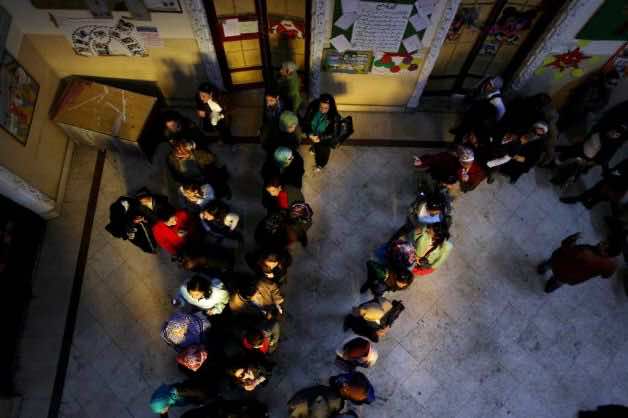 “Turnout is 62 percent. It’s the highest turnout in the history of Egypt,” he said, adding that 8.5 million people had cast their ballots.

The figure for voting on Monday and Tuesday in a third of the country’s provinces was lower than an estimate from Egypt’s ruling military leadership of 70 percent given earlier this week.

Under the highly complex system being used, voters were required to pass three votes: two for individual candidates and one for a party.

Ibrahim gave a number of results for the individual contests, the vast majority of which will go into a run-off next week because no candidate gained an outright majority.

As he began to announce the party results, expected to give the broader voting trend, Ibrahim brought the press conference to an abrupt end.

“I have no more energy, I’ve run out of gas,” he told a press conference, before instructing reporters to look through the voluminous results themselves which he said would be made available.

Islamists are expected to sweep the election, with the moderate Muslim Brotherhood claiming it won 40 percent and hardline Salafists forecast at more than 20 percent.

The turnout was far higher than the 40 percent seen for a referendum on a constitutional amendment held in March.