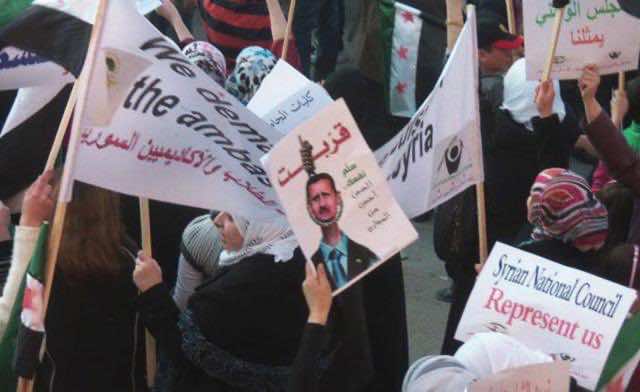 The United Nations Human Rights Council today strongly condemned the continued abuses by the Syrian authorities as part of its violent crackdown against protesters which has led to the deaths of more than 4,000 people since March, including over 300 children.

The 47-member body also urged the Syrian Government to meet its responsibility to protect its people, in a resolution adopted during a special session in Geneva to discuss the report of the independent international commission of inquiry into the crackdown that was released this week.

The text – which received 37 votes in favour to four against (China, Cuba, Ecuador and Russia), while six countries abstained – also established a mandate of a Special Rapporteur, or investigator, on the situation of human rights in Syria.

“The levels of excessive use force used against civilians, the scale of the attacks, their repetitive nature and their coordination has led the commission to the conclusion that these crimes have apparently been committed pursuant to State policy,” the commission’s chairperson, Paulo Pinheiro, told the Council.

He added that the unrest has directly affected the lives of as many as three million Syrians. Virtually all victims and witnesses had stated that one or more of their family members, neighbours or friends were killed, wounded, arrested or tortured since the protests started.

“The extreme suffering of the population inside and outside the country must be addressed as a matter of urgency,” stated Mr. Pinheiro. “Victims should expect nothing less from the United Nations and its Member States.”

Ms. Pillay stated that international and independent monitoring bodies, including her office (OHCHR) and the League of Arab States, must be allowed into the country, particularly to all places of detention, and all humanitarian workers must be guaranteed immediate and unhindered access to the country.

Farida Shaheed, Independent Expert in the field of cultural rights, read out a statement on behalf of all UN human rights experts, in which they voiced dismay at the fact that the number of deaths had doubled from 2,000 to 4,000 in just three months.

She pointed to “alarming” numbers of reported extrajudicial executions and injuries. There was also great concern that tens of thousands had allegedly been arbitrarily arrested and detained in overcrowded detention facilities and many had reportedly been subjected to torture and ill-treatment, as well as reported cases of enforced disappearances, possibly in the thousands.

Syria’s representative, Faysal Khabbaz Haboui, said that the commission’s report was not objective, and made criticisms while ignoring information given to it by the Syrian Government, including new legislation to bring about reform.

The draft resolution before the Council, he said, would prolong the crisis and deliver an erroneous message from those who supported terrorism and violence, rather than pursuing constructive and positive dialogue.