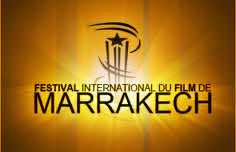 The eleventh edition of the Marrakech International Film Festival (FIFM) kicked off, on Friday, with a special tribute to Bollywood superstar Shah Rukh Khan.

The opening ceremony, held at the Palais des Congres, was attended by constellation of movie stars from around the globe, who were greeted at their arrival on the red carpet by huge crowds of loving fans.

Speaking on this occasion, President of the FIFM’s feature film jury Serbian multi-award winner filmmaker and musician Emir Kusturica described the Marrakech International Film Festival as a big event where cinema can be celebrated and preserved.

Among the other well-known cinema icons who returned to Marrakech to take part in the festival, Hollywood actress Sigourney Weaver, President of the festival’s short film jury, to whom the FIFM paid a special tribute in 2008.

The first short film competition was launched in 2010 with a view to encouraging students from Moroccan cinema institutes.

This year’s edition will celebrate Mexican cinema through projecting films by the younger generation of Mexico’s filmmakers.

The festival is held by the FIFM Foundation under the high patronage of HM King Mohammed VI.