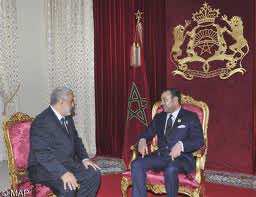 The electoral victory of Morocco’s Islamist party, Justice and Development Party (PJD), comes as no surprise to those who know the reality of Morocco. Of course that includes the king, Mohamed VI, who knew exactly what he was risking when he accepted the constitutional reform that reduced his powers, among them, the appointment of the Prime Minister, now chosen from the party that receives the most votes in parliamentary elections.

However, let’s not forget that the monarchy has demonstrated its ability to maintain control over the sovereign ministries of a country like Morocco, which is strategic for Spain. The outgoing leader of the Islamist PJD, Abdelilah Benkiran, has moderated his statements aware of the need not to raise animosity among traditional Moroccan sectors of power, such as the popular, influential and decisive Makhzen, the court of power around the king in Morocco.

There is an important factor about the ambitions of power of a moderate Islamic party like the PJD, which differs substantially with the radical Islamist party Justice and Spirituality, and that is its acceptance of the Moroccan monarch as the 36th direct descendant of the prophet and spiritual leader and, therefore, as Commander of the faithful.

This attitude is crucial in order to establish a coalition with other political parties, and for the Islamic movement that largely reflects the trust of one third of voters to find a solution to their daily problems, in a society where the reforms undertaken for more than a decade by Mohamed VI have allowed significant, but insufficient economic and social progress. This includes the challenge of building a middle class that can support the process towards democracy, more or less comparable with the West, but with its own peculiarities.

The great challenge of Islamist parties, not only in Morocco but also in Tunisia, Egypt, Libya and other Muslim countries, is to allow the necessary separation between church and state, run through its own Council of Trent, as occurred once with Christianity. An example can be Turkey, but make no mistake since in its last election, the Prime Minister, Erdogan, did not achieve enough votes according to the Constitution to govern as he would like.

More so, an institution like the army fights to maintain secular principles of the state. Although you cannot make comparisons, since each country is different, many similar occurrences are taking place across Egypt, Tunisia and Morocco. It is essential to the interests of Spain and Morocco that there is a harmonious political relationship between Benkiran and Rajoy, setting aside their personal views of each other.

Translated in agreement with Correo Diplomatico

The English version of the story is © Morocco World News