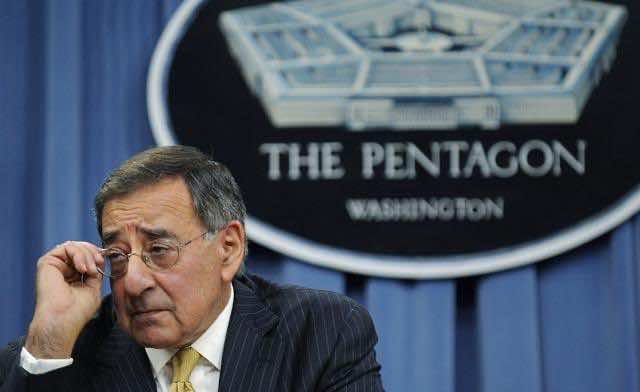 U.S. Defense Secretary Leon Panetta urged Israelon Friday to get back to the “damn” negotiating table with Palestinians and try to end its increasing regional “isolation” by repairing diplomatic ties with Egyptand Turkey.

Panetta, addressing a forum in Washington, also made one of his most extensive arguments to date against any imminent military action against Iran over its nuclear program, saying he was convinced that sanctions and diplomatic pressure were working.

Militarily strong, Israel is battling a diplomatic storm as Arab uprisings upset once-stable relationships in theMiddle East. But Panetta warnedIsrael against viewing uprisings like the one inEgypt that toppled president Hosni Mubarak as an excuse to enter a defensive crouch.

“I understand the view that this is not the time to pursue peace, and that the Arab awakening further imperils the dream of a safe and secure, Jewish and democratic Israel. But I disagree with that view,” Panetta said.

“The problem right now is we can’t get ‘em to the damn table, to at least sit down and begin to discuss their differences,” Panetta said.

“Israel, too, has a responsibility to pursue these shared goals – to build regional support for Israeli and United States’ security objectives,” Panetta said.

“I believe security is dependent on a strong military but it is also dependent on strong diplomacy. And unfortunately, over the past year, we’ve seen Israel’s isolation from its traditional security partners in the region grow.”

Panetta suggested that Israel reach out and mend fences with countries like Turkey, Egypt and Jordan which “share an interest in regional stability.”

Turkey was the first Muslim state to recognize Israel, in 1949, but relations worsened last year when Israeli commandos boarded an aid flotilla challenging a naval blockade of the Palestinian enclave of Gaza and killing nine Turks in ensuing clashes.

“It is in Israel’s interest, Turkey’s interest, and U.S interest for Israel to reconcile with Turkey, and both Turkey and Israel need to do more to put their relationship back on track,” Panetta said.

Israel is closely watching developments in Egypt, whose new rulers may be more susceptible to widespread anti-Israeli sentiment than under Mubarak.

Egyptians voted on Friday in the opening round of the country’s first free election in six decades. The Muslim Brotherhood’s party and its ultra-conservative Salafi rivals looked set to top the polls.

But Panetta said the best course for the United States and the international community was to continue to put pressure on Egypt to follow through with transition to democracy and ensure any future government stands by its peace treaty with Israel.

Concerns about strike on Iran

Turning to Iran, Panetta used some of his strongest language yet to explain U.S.concerns about any military strike against Iranover its nuclear program – which the West believes is aimed at an atomic bomb. Tehran denies this, saying its uranium enrichment is entirely peaceful.

Panetta also warned there was no guarantee a U.S. military strike on Iran would hit intended targets linked to Tehran’s nuclear program, saying the sites are “difficult to get at.”

The U.S. defense secretary has recently voiced his misgivings about bombing Iran in a series of public remarks, amid speculation Israel may take pre-emptive action to prevent Tehran from acquiring atomic weapons.

“The indication is that at best it (military action) might postpone it (Iran’s nuclear program) maybe by one or possibly two years,” he said in remarks at an event organized by the Brookings think-tank in Washington.

“It depends on the ability to truly get at the targets that they’re after. Frankly, some of those targets are very difficult to get at,” Panetta said.

Defense analysts have often pointed out that Iran has sought to hide sensitive nuclear sites and material in underground facilities, and Western officials privately acknowledge the hidden targets pose a military challenge.

Panetta reiterated his view that a strike against Iran could benefit the regime in Tehran at a moment when it is “off-balance” and out of step with popular uprisings sweeping the region.

He also said a strike could derail the European and U.S. economies, endanger American troops and trigger an unpredictable cycle of violence.

“So we have to be careful about the unintended consequences of that kind of attack,” Panetta said.

He finally warned about engulfing the region in war.

“Lastly I think the consequence could be that we would have an escalation that would take place that would not only involve many lives, but I think could consume the Middle East in confrontation and conflict that we would regret,” he said.