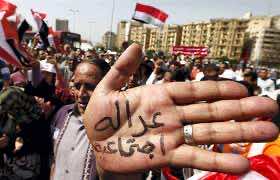 A French minister said there was no such thing as moderate Islam, calling recent election successes by Islamic parties in Egypt, Morocco and Tunisia “worrying” in an interview published Saturday.

Bougrab is of Algerian origin, whose father fought on the French colonial side during Algeria’s war of independence, and said she was speaking as “a French woman of Arab origin.”

“It’s very worrying,” she was quoted as saying. “I don’t know of any moderate Islam.”

“There are no half measures with sharia,” she added. “I am a lawyer and you can make all the theological, literal or fundamental interpretations of it that you like but law based on sharia is inevitably a restriction on freedom, especially freedonm of conscience.”

She was reacting to electoral successes scored by the Ennahda party in Tunisia, the Justice and Development Party in Morocco and the Muslim Brotherhood in Egypt.

French Foreign Minister Alain Juppe has called for dialogue with such parties as long as they respect certain criteria, including the rule of law and women’s rights.

Bougrab conceded that ousted Tunisian and Egyptian rulers Zine El Abidine Ben Ali and Hosni Mubarak had used the Islamist “threat” to win backing from Western countries, but she added, “We shouldn’t go to the other extreme.”

And she hit out at the 30 percent of Tunisians living in France who had voted for Ennahda in last month’s polls. “I am shocked that those who have rights and freedoms here gave their votes to a religious party,” she said.