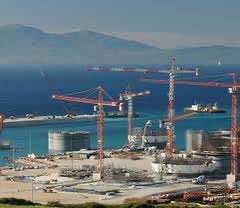 At a time when the repercussions of the Arab Spring and the international financial crisis are hitting hard North Africa and the Middle East, Morocco is making its entry as one of the most desired destinations for businesses in the region.

Despite regional uproar and the bombing of Marrakesh, Morocco benefitted from an increase in the number of tourists, resulting in an 8.5% rise in its income from tourism and became one of the few in the region to grow in 2011 by around 4.3%, according to the Institute of International Finance. This adds to the fact that Morocco gained 21 points in the 2012 World Bank’s Doing Business ranking. In a very real sense, figures show that Morocco’s investment attractiveness is on the rise.

Nonetheless, Moroccan policy makers should focus on the very conditions that can link Foreign Direct Investments (FDIs) to local productivity in order to give a stronger boost to economic development.

A number of indicators show that Morocco is on the verge of becoming one of the most attractive investment destinations in Africa. On November 16, 2011, Bombardier, a specialist in the aviation industry, decided to cash a check for an initial $ 200 million (US) investment in a facility to be built on the outskirts of Casablanca.

Although other Arab countries scored better than Morocco in terms of human development, as the latest indicators show, Bombardier decided to open the giant factory in Morocco. What encouraged Bombardier to opt for this North African country is a general confidence in the good business climate that allows investors to conduct their affairs while accessing inputs and customers at competitive costs.

Qatar, another chief investor put confidence in Morocco. On November 24, 2011, King Mohammed VI and the visiting Emir of Qatar presided over the signing ceremony of major cooperation agreements. What is more, Singapore Cooperation Enterprise (SCE) announced on May 20, 2011, it has signed a Memorandum of Understanding with Moroccan Financial Board to share experience.

The partnership is aimed at providing advisory services for the strategic development of Casablanca Finance City. In addition, the largest shopping destination in the Mediterranean basin and Africa, called Morocco Mall, opened on December 1st, 2011.

The concretization of this project is testimonial to Morocco’s emerging position as an investment attractive destination. Among the 600 international brands represented in the mall, the Galeries Lafayette outlet earned Italian architect Davide Padoa a Guinness World Record for “the largest in-store shop façade”.

From a policy standpoint, important sums of public funds are spent in attracting FDIs. It is often taken as given that FDIs stimulate indigenous productivity and fuels economic development in the host country. But this linkage is highly complex.

This gives reason to believe that for the time being, it is crucial that Moroccan policy makers and managers focus on circumstances that influence positive spillover effects and attract additional FDIs. It can be specific conditions, including characteristics of investors, local firms, human capital and the policy framework.

Mohammed Bouida, Researcher at Cadi Ayyad University in Marrakech. He is a contributor to Morocco World News