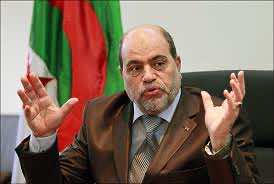 An Algerian Islamist leader on Saturday called for an Islamist coalition to contest legislative elections due in spring next year.

Bouguerra Soltani, head of the Social Movement for Peace (MSP), party which is part of an alliance backing veteran President Abelaziz Bouteflika, said like-minded groups “must form an alliance for the next elections so that they can improve their results.”

Former presidential candidate and radical Islamist, Abdallah Djaballah, has announced plans to create a new political party, which will be baptised the Justice and Development Front.

Bouteflika has promised a number of political and constitutional reforms before the end of January to strengthen democracy.

Islamist movements have come to power or made strong gains in several of the region’s countries since the start of the Arab Spring, including in Tunisia, Libya, Morocco and Egypt.