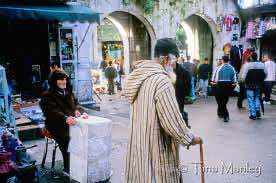 As we grow old, we usually see things differently. Some of us don’t, some others do. It all depends on how you picture the world at the present time, since memories and scars only remind you of a past that you cannot live twice.

When we were kids, we couldn’t realize how ugly and tough life can be. When a little boy begs his father to buy him a toy and the poor daddy neglects his son’s cute crying face, because if he bought his child that toy, he wouldn’t be able to afford breakfast the next day.

When we were kids, everyone looks at their parents as role models. Though they probably argued with one another when we weren’t there, they pretended to be in conformity just to see that happy smile on our faces.

When we were kids, there were no worries about life or the future. We used to frolic and have fun all the time, eat whenever we were hungry, and enjoy being embraced.

It’s much different now, after we started discovering hatred, jealousy, and anger; when we recognize that a lot of people go to bed with empty stomach, and a lot of them don’t even possess a bed.

Life is not always fair, or beautiful as in fairytales. It requires being patient and keeping faith alive if we want to get through all the troubles that anyone of us may encounter. If we fall sometimes, we’re not dead yet. We’re supposed to stand up and give it a second chance to obtain success.

Well, this whole deep philosophy reminded me of story a worth mentioning about a girl who used to be my best friend.

She taught me a lot about endurance and courage, her life has always been a tragedy; but the smile of satisfaction never vanished from her face.

When she grew a bit old, she realized how dissimilar her life was compared to her friends and relatives. She has a father, but he’s never there for his family. Even her mother couldn’t fill that emotional gap as she was working all the time to make a living and support her helpless daughters, who lived like orphans in spite of the fact that their father is still alive.

Living in such circumstances made her mature promptly. She tried so many times to play the role of peace messenger between her parents. Maybe someday she’ll see them together again.

Unfortunately, her efforts faded as she figured out there was no way to find a settlement, not even a truce, between these two parties, especially her father who gave up on his family when they needed him the most.

Whenever she tells me her sad story, I look into her eyes, and I totally know she only needs somebody to talk to, somebody who would listen while everyone around her is playing deaf or trying to shut down her voice.

She wants no pity, no sympathy, but only a person who’s wise enough to help her understand this strange world.

However, she became used to pain when she couldn’t escape from it, and tried to keep herself busy with studies. It was not that easy to focus on them, the environment she lives in represents a significant factor of distraction. Sometimes she goes out for long meditation walks on the shore, or travels alone to another city. She feels better just to be a few miles away from that miserable place. Unlike most of us, I guess she probably never said: ” Home sweet home”.

It doesn’t matter if people outside don’t like you or treat you badly, but when you feel like you don’t belong in your own family, and your dearest ones reject you, that must be very heart breaking.

She has told me how much her mom suffered to raise them, and always tending to have them see the world as a jungle and people as monsters, in order to protect them, whereas they have no father to stand for their rights.

Recently, I got a message from her telling me she started a part time job to ameliorate her lifestyle and lend a hand to her sick mother who left work after a compulsory surgery.

I was surprised and impressed at the same time, a young girl who has just turned 19 is now assuming a huge responsibility. How can she manage between taking care of the house and pursuing her college studies?

It’s really hard for anyone to be in her shoes, and it’s really sad to see a grown man watching his family collapsing in front of his eyes, and wouldn’t make a move to save it from hell. What kind of conscious as a man does he possess? And how did our world become so gloomy?

We might find ourselves in arduous situations, but if we look at all the people who live worse ones every single day, we ought to think that it’s not that bad.

Let’s thank Allah and be grateful for every trauma that went off without mishap, and praise him for better days.